Transport for NSW has completed safety improvements on the Kings Highway on the northern approach to Braidwood.

Transport will provide Queanbeyan-Palerang Regional Council with the healthy cuttings to either infill gaps in the existing avenue or determine alternative locations for planting.

The healthy cuttings will be suitable for planting in Autumn 2023 and will ensure the historical and local significance of the Golden Poplars is maintained into the future. For more information, please contact council at www.qprc.nsw.gov.au

Over seven years from 2004, there have been 17 crashes, including five fatal crashes, on the Kings Highway near Braidwood. More than half involved a collision with a roadside object, and in all five fatal crashes the vehicle collided with a tree.

In response to the crash history, a Route Safety Review was carried out in 2012 which identified the existing avenue of Golden Poplars as a road safety hazard.

Transport installed audio tactile line marking (ATLM) between Deloraine Lane and 50m north of the entrance to the racecourse (about 900m) and on the eastern side of Braidwood.

A tree management plan was prepared in consultation with Queanbeyan-Palerang Regional Council which included planning for a replacement avenue of trees at an increased distance from the road. Transport for NSW commissioned cuttings of the existing Golden Poplars, which have both aesthetic and historical value, to be propagated to a height suitable for future planting.

In 2013 the speed limit along this section of the Kings Highway was also reduced from 100km/h to 80km/h to reduce the risk of high-speed crashes.

As the existing avenue still posed a roadside hazard, a safety upgrade was completed at this location in May 2020, which included installing roadside safety barriers and audio-tactile line marking. The roadside safety barrier protects motorists from a range of hazards and aims to reduce the severity of crashes and will remain even when the existing avenue of trees reaches the end of their natural lives.

Advancements in roadside barrier technology have reduced the amount of deflection required behind the guardrail meaning the majority of the current trees can be safely protected by barrier without having to be removed.

The planting of the propagated Golden Poplars was planned to take place at the same time as the safety upgrade in 2020, however the trees began showing signs of poor health and testing identified the presence of a botanical disease called Crown Gall. The trees were destroyed to prevent them from spreading the disease to the surrounding environment, as per advice from the NSW Department of Primary Industries. 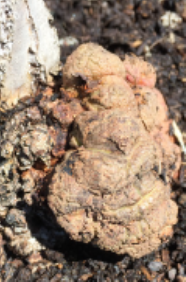 A second round of cuttings have been propagated and Queanbeyan Palerang Regional Council have agreed to take these trees for future use. 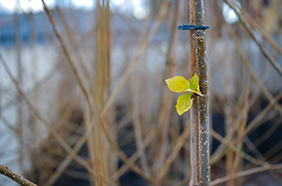 Transport have consulted with Queanbeyan-Palerang Regional Council and it has been agreed that the second round of healthy propagated trees will be given to council to either infill gaps in the existing avenue or determine alternative locations for planting.

The healthy cuttings will be suitable for planting in Autumn 2023 and will ensure the historical and local significance of the Golden Poplars is maintained into the future.

The eastern approach to Braidwood will be looked at as future funding and priorities are considered for the Kings Highway.

Transport is committed to maintaining the avenue of trees which mark the approaches to Braidwood, but there is a need to protect road users from these hazards.

The Tree Management Plan (PDF, 5.69Mb), adopted by Queanbeyan-Palerang Council (formerly Palerang Council) in November 2013 will guide the safety upgrades in this location. This Plan provides guidelines for the long-term management and maintenance of the avenue of trees along the sections of the Kings Highway that form the northern and eastern approaches to Braidwood. In preparing this TMP, careful consideration was given to the results of a comprehensive study of the key issues relating to tree management and road safety. This plan includes technical recommendations for managing the existing avenue of trees as well as new plantings.

The plan recognises the existing trees are nearing the end of their life and proposes the planting of an avenue of new trees in a safer location in the near future, so that when existing trees die or are removed, the tree avenue vista remains.

The Plan has been developed in conjunction with Queanbeyan-Palerang Council who will deliver the outputs and own / administer the Tree Management Plan.