The NSW Government is delivering major improvements to maritime infrastructure and facilities across the state to help the boating and wider community safely access, use and navigate our rivers and coastal waters.

TfNSW sought community feedback on the Review of Environmental Factors (REF), which is the planning document for the reconstruction of the wharf to ensure that we fully understand the local community’s needs.

The REF was on public display from Monday 9 May until Friday 15 July 2022.

We are currently reviewing the feedback received and working on our responses to the submissions. Already, we have made some changes to the project in the areas of biodiversity improvements and seagrass protection.

When ready, the submissions report will detail both feedback received and the project response to the feedback. We will issue a community-wide update when the Submissions Report is available on this page.

Narooma Wharf is located on the northern side of Bluewater Drive, Wagonga Inlet, in the Eurobodalla Shire Council local government area, is currently used by tour boat operators, commercial fishing operators, as well as the local community and tourists. A public walkway and kerbside parking are located along the southern side of the existing wharf.

What are we planning?

Transport for NSW (TfNSW) is planning to upgrade Narooma Wharf due to its age and deteriorated condition. TfNSW is also taking this opportunity to improve the safety for users of the facility by including floating components and a lower level landing in the new design. This will provide safer access for users boarding boats during high and low tides, which is currently challenging due to the fixed level of the existing wharf.

The proposal includes the replacement of the existing wharf with a new wharf of similar size and position, with improved amenity and access for both boats and pedestrians.

The key features of the proposal are as follows:

The proposed work would be staged to ensure that the wharf would remain operational as much as possible during the construction period.

Subject to planning approval, construction of the proposal is expected to commence in early 2023 and take around four to six months to complete. 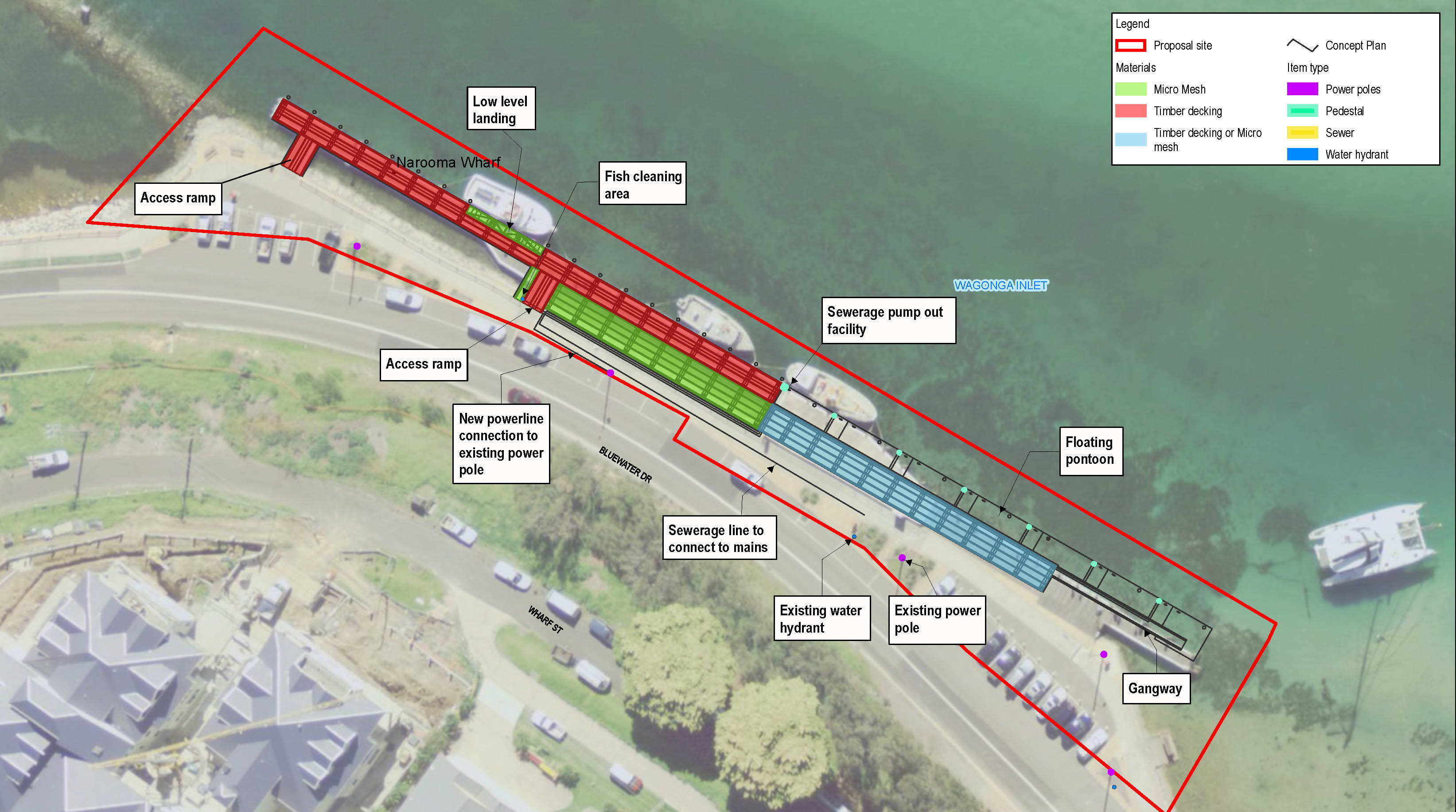 Benefits of the project

The benefits of this project will be far-reaching: