Why does Windsor need a new bridge?

Why does Windsor need a new bridge?

A new bridge is needed because the existing bridge requires expensive ongoing maintenance and repairs and does not meet today's standards.

Roads and Maritime has investigated repairing and restoring the bridge but this would only extend its functional life by a few years before additional costly repairs.

A new bridge design will also help improve local connections, views, access to the water and access during floods.

Status of the existing bridge

The existing bridge over the Hawkesbury River at Windsor has been constantly maintained for over 140 years and its condition continues to be monitored. During the past 100 years it has withstood around 60 flood events and traffic growth that has reached 19,000 vehicles per day.

It was completed in 1931 and consists of eleven spans. The bridge is 143 metres long and 6.1 metres wide between kerbs (without the footpath) and carries two lanes of traffic. The superstructure is made of reinforced concrete beams and there is a footway on the downstream side.

The bridge was constructed in 1874 and was raised by 2.4 metres in 1897 by extending the cast iron piers. Pier 10, originally timber, had been added or rebuilt at the same time. The timber deck, abutments and Pier 10 were replaced with reinforced concrete in 1921-22.

Abutment A has also had substantial works carried out to help prevent scouring through the installation of stone filled gabions.

Nine of the bridge piers are formed by two-paired cast iron caissons founded on rock. Eight-foot caisson extensions were added in 1897. The original iron piers were filled with mixed rubble such as bricks to help improve buckling strength and are braced with cast iron sections. The additional cylinders were probably filled with mass concrete. The timber deck was replaced by concrete deck in 1921 and 1922.

One pier at the northern end of the bridge is formed by reinforced concrete cylinders and is a replacement of an earlier timber pier. This pier was constructed as part of the re-decking works carried out in 1921 and 1922.

There are horizontal ring cracks on three of the cast iron caissons of the bridge. One small vertical crack was also found. The cracks are being monitored with the use of glass plates glued across the cracks to detect any widening of the cracks.

Survey of the cast iron caissons also reveals a high degree of graphitisation, which has reduced the wall thickness of the caissons in some locations.

There are eleven girder spans which were constructed of reinforced concrete in 1921 and 1922 as part of the deck replacement works and are of slightly differing lengths.

The reinforced concrete deck is 152mm thick with 380mm total depth at the kerbs. The deck has been overlayed with a thin asphalt wearing surface. Transverse asphalt cracking has occurred at the pier and abutment locations.

The current footway was constructed in 1968 and consists of plywood decking supported on a series of rolled steel joist girders spanning between steel cantilever-brackets supported at the piers. The water main, sewer, and electrical conduits are supported between the joists.

The railing was originally constructed using a rare pipe and chain collapsible system specifically designed for this bridge. The railings could be manually lowered during floods to avoid debris build up. Providing no structural support or a barrier to traffic, these railings were replaced on both sides of the road by tubular crash railings on top of the concrete kerbs. The downstream side was completed in 1968 as part of the new footway and the upstream side was replaced in 1982. 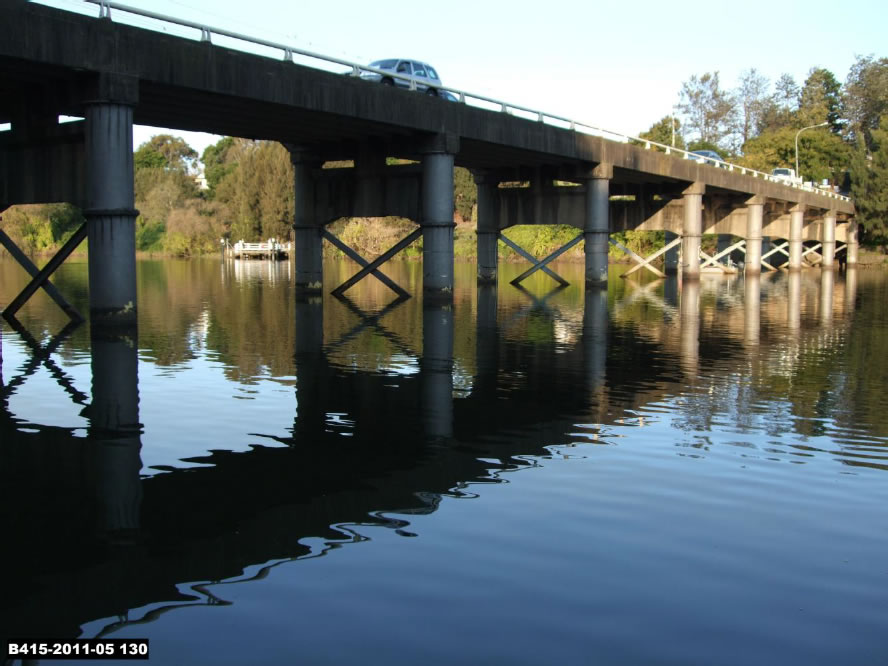 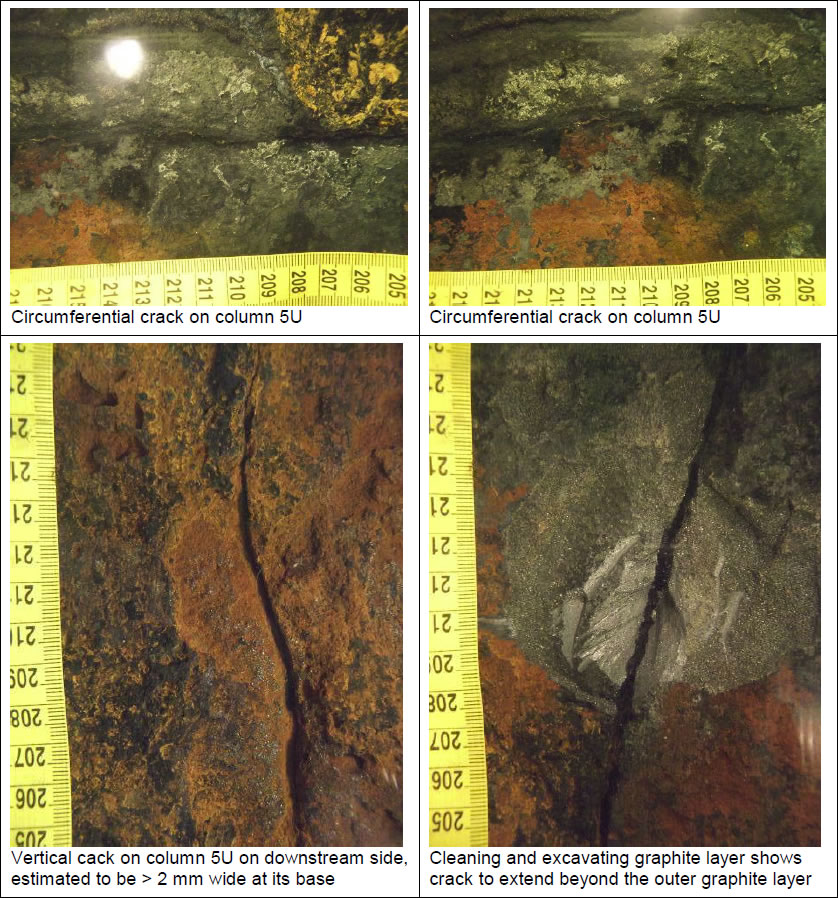 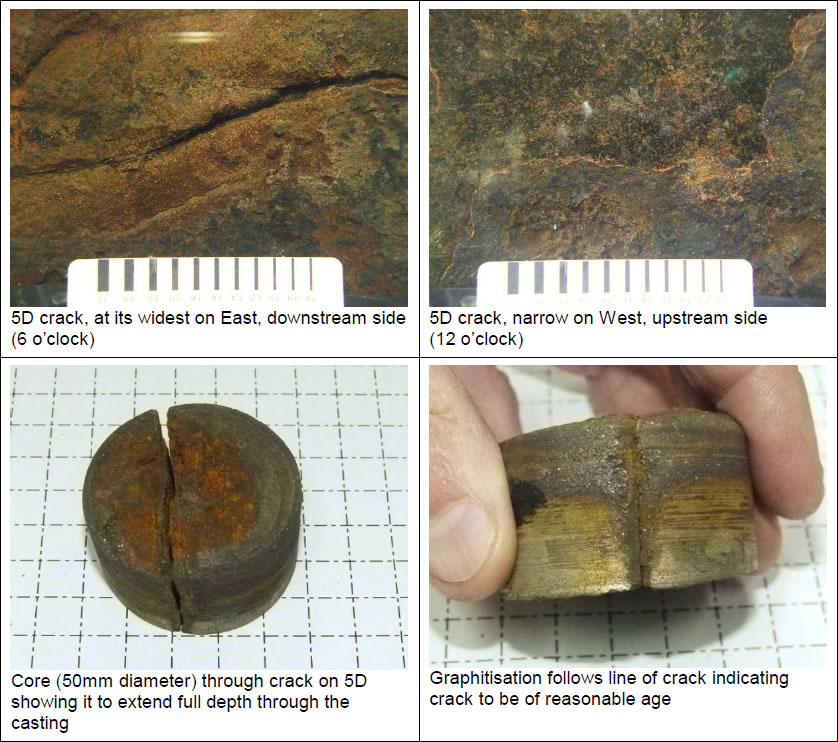 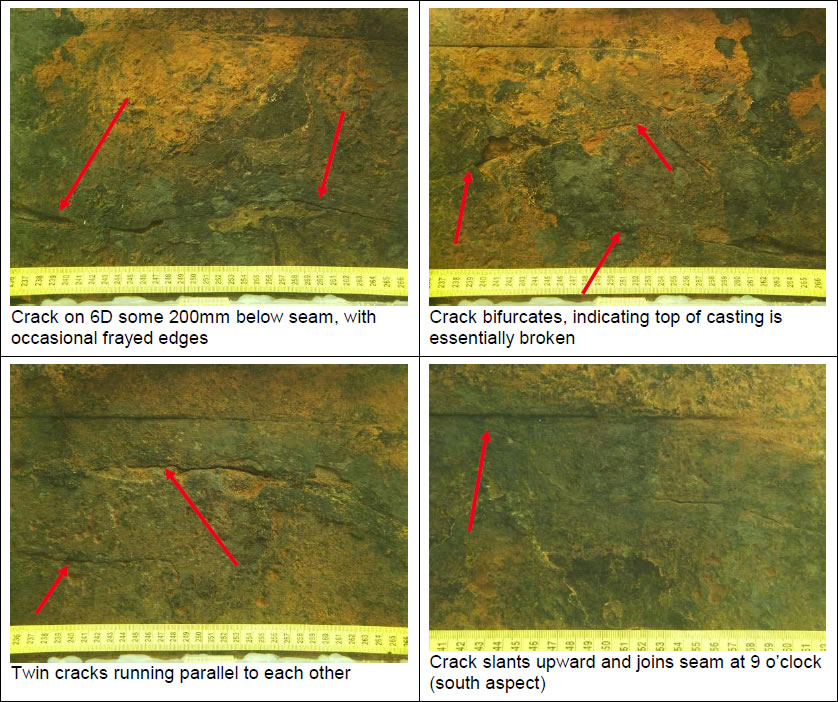 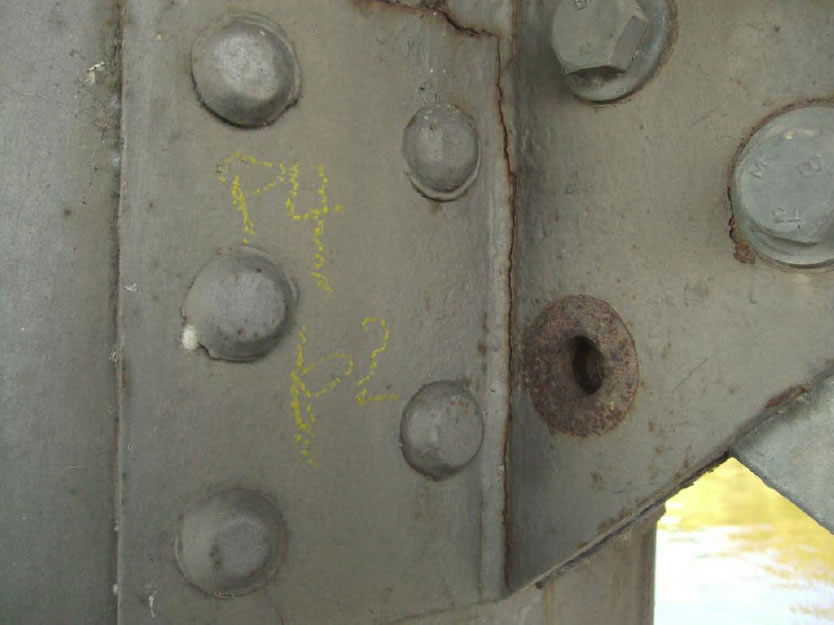 Cracks on the downstream column of Pier 4

What can we achieve with a new bridge?

A new bridge would improve safety for motorists, pedestrians and cyclists.

The community would benefit from more reliable access via a bridge that allows two-way truck traffic and shoulders for vehicle breakdowns.

A new bridge would cope with higher levels of flooding and have the same flood immunity as surrounding approach roads on the northern bank.

A new bridge will include a three metre-wide shared pedestrian and cycle path and provide safe, well-designed connections to Thompson Square and surrounding locations.

A new bridge would create a single green open space and reduce the road footprint.

A new bridge with fewer, higher piers and improved access to The Terrace would open up the waterway and allow the future expansion of river use and any economic benefits that would flow.

Windsor as a living town and tourist destination

New pedestrian paths and changes to traffic management would encourage connectivity within and around Windsor.