The NSW Government’s Bus Priority Infrastructure Program is improving the reliability and efficiency of bus services, while easing congestion for all road users.

Transport for NSW's bus lanes extension project on Smith Street and Wilde Avenue, Parramatta has been successfully completed and is now open to traffic.

The new continuous bus lanes between Darcy Street and Lamont Street will play an important role in improving the reliability of bus services by reducing delays. Thank you to road users, local businesses and residents for your patience during the works. 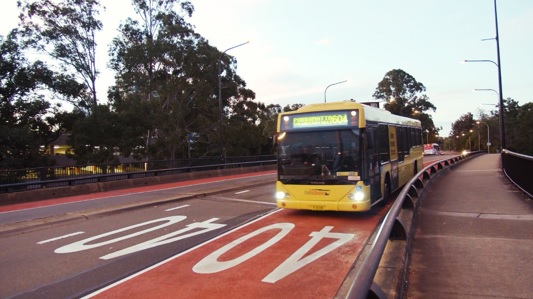 The project was developed in consultation with Parramatta City Council and Parramatta Light Rail.

Around 17 bus routes, including up to 85 buses per hour during peak periods, travel to and from the Parramatta Transport Interchange via Smith Street and Wilde Avenue. The number of bus customers accessing the Parramatta Central Business District and Transport Interchange via this route is expected to increase due to future public transport growth.

To provide continuous bus lanes on Smith Street and Wilde Avenue between Darcy Street and Lamont Street we have: