The NSW Government’s Bus Priority Infrastructure Program is improving the reliability and efficiency of bus services, while easing congestion for all road users.

Transport for NSW has completed the bus improvements on the Pacific Highway, Hornsby between Edgeworth David Avenue and Leonard Street, Hornsby in late April. 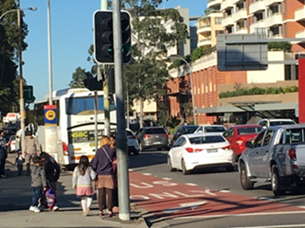 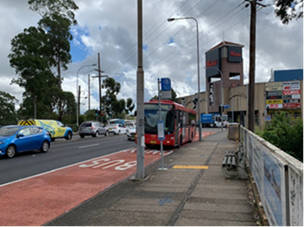 Pacific Highway, Hornsby south of Edgeworth David Avenue - before and after the upgrades

View or download the May 2021 work completed notification (PDF, 451Kb).

The Pacific Highway is an important and busy bus corridor. Currently, public transport users can experience heavy congestion, slow travel times and delays on their journey. And this is only going to get worse, as the number of customers using these routes is expected to increase due to future public transport growth.

On the Pacific Highway near Edgeworth David Avenue in Hornsby, over 5000 bus customers travel on 600 bus services on eight different bus routes each week. In peak periods there are 12 buses per hour, or one bus every five minutes, running on this section of the Pacific Highway.

Buses on these routes carry commuters, students, local residents and visitors to the area. The bus stop (ID 2077157) on the Pacific Highway just south of Edgeworth David Avenue connects visitors to the Westfield Hornsby shopping centre and students, staff and carers to Hornsby Girls High School, as well as servicing the local community’s public transport needs.

We are proposing to:

Our proposal will create enough space for two buses to stop south of the Pacific Highway and Edgeworth David Avenue intersection. This will stop buses queuing across the intersection and in general traffic lanes and will improve traffic flow and safety for all road users.

We have developed this proposal in consultation with Hornsby Shire Council and bus operators CDC Hills Bus and Transdev NSW.

We listened to what the community said during consultation and while also taking into consideration the project’s objectives, we have made some changes to our proposal.

We will extend the bus only lane:

We will move the bus stop (ID 2077157) 35 metres south of its current location as previously proposed.

We will upgrade the bus stop (ID 2077157) as previously proposed to meet current standards and improve accessibility for people with disabilities.

During the consultation period we were requested to install a bus shelter. This is out of the scope of Transport’s project and we have passed on this feedback to Hornsby Shire Council who manage the bus shelters in the area. 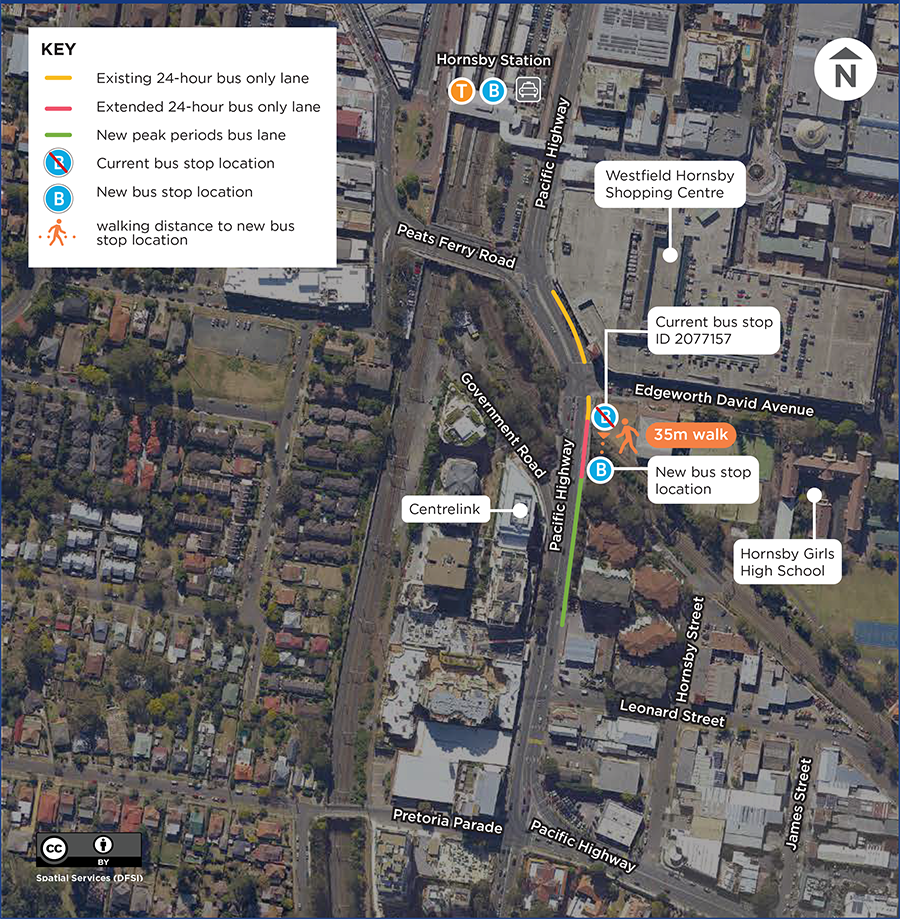 Transport for NSW has completed the bus improvements on the Pacific Highway, Hornsby between Edgeworth David Avenue and Leonard Street.

We would like to thank the community for their patience during this important work.