The NSW Government is planning for the future and proposing to build a link road from the intersection of Garfield Road West and Denmark Road, Riverstone to the Westminster Street bridge, Schofields.

Check out our interactive portal to find out more about the project and changes to your journey.

Transport for NSW is progressing with the planning for the Denmark Link Road project, a new local road linking Garfield Road West, Riverstone to west of Westminster Street Bridge, Schofields.

In November 2020, Transport invited comments from the community and stakeholders on the Review of Environmental Factors (REF) and the concept design. We have considered all feedback received from the local community and stakeholders and have prepared a submissions report to respond to the issues. The submissions report (PDF, 1.04Mb) is now available.

Transport will carry out investigation work on Garfield Road West, Denmark Road, Carlton Road, Trevithick Street and West Parade, Riverstone from 17 November. Our work will include surveying and utility works. These studies will help inform the Denmark Link Road Project.

Please read our November 2021 notification (PDF, 705Kb) to understand how this work may affect you.

Transport for NSW will be carrying out archaeological investigation work on Hebe Farm at 14 Bridge Street, Riverstone from 8 November. This work will involve machinery to dig two test pits to see whether there are any archaeological remains associated with the development and occupation of Hebe Farm.

Hebe Farm is an item of local heritage significance. All work carried out will be in line with the Heritage NSW Act. The results of the investigation will help inform the Denmark Link Road project.

Transport for NSW sought feedback from the community in November and December 2020 on the Review of Environmental Factors (REF) for Denmark Link Road. For more information view our November 2021 community update.

Thank you to all those who have made a submission on the REF we will prepare a report and publish online.

Transport for NSW will continue to provide the community with updates as the project progresses.

If you have any questions, please contact the project team on 1300 367 561 or email nwga@transport.nsw.gov.au.

The Denmark Link Road is part of the North West Growth Centre Road Network Strategy short-term work and is subject to funding availability.

Benefits of the project include:

Key features of the project include:

We worked with Department of Planning Industry and Environment (NSW DPIE) in developing the West Schofields Draft Precinct Plan which identified the need to make minor modification to the proposal between Carlton Street and West Parade. The revised proposal will follow the existing road corridor and was displayed as part of the West Schofields Draft Precinct Plan in September 2018.

Feedback was taken during that period and where applicable individual residents where contacted to discuss their concerns. 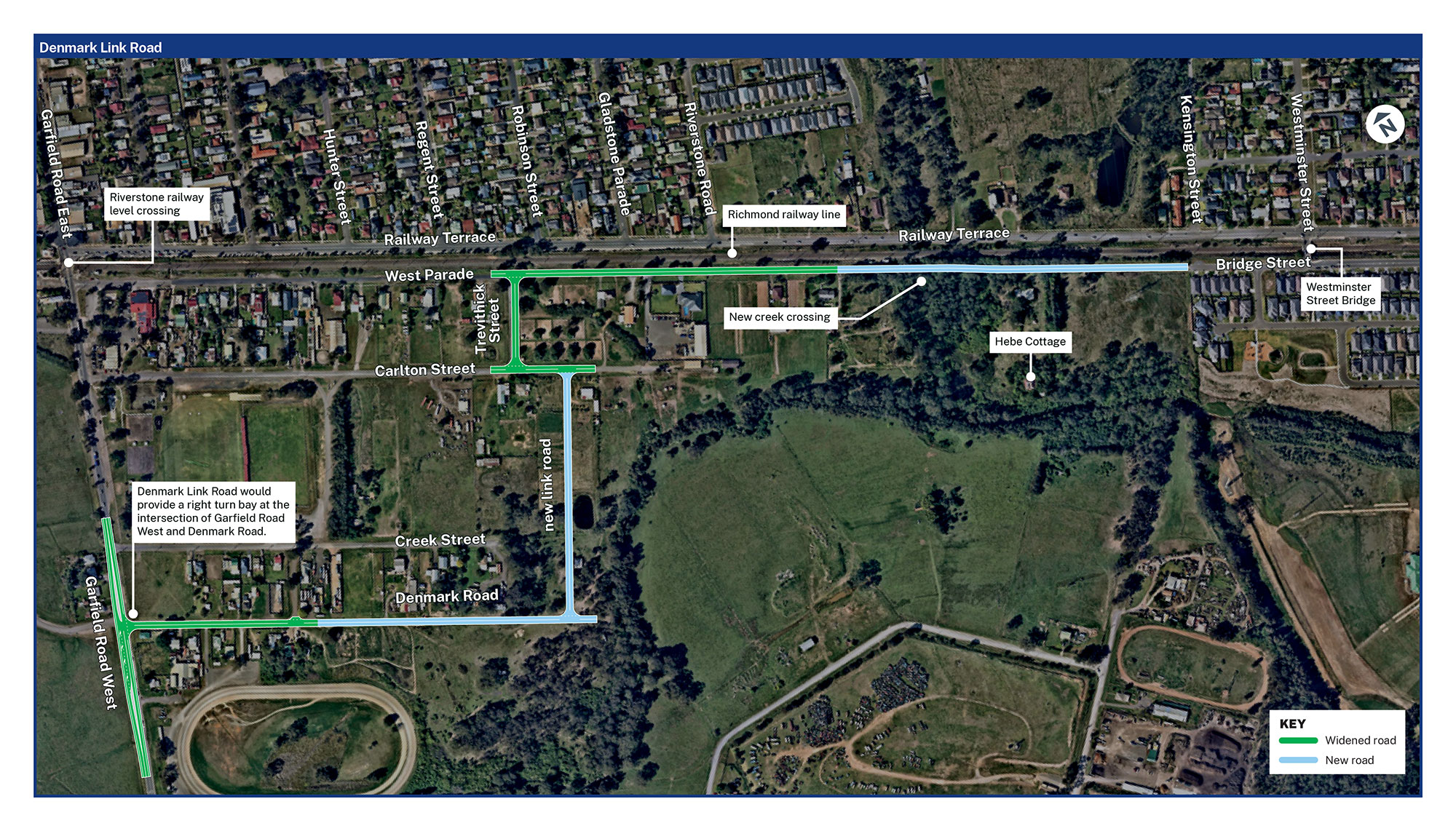