The Australian and NSW governments are funding the Rankin Park to Jesmond section of the Newcastle Inner City Bypass. The 3.4 kilometre bypass would be built between Rankin Park and Jesmond, to the west of John Hunter Hospital.

View our latest Project update (PDF, 1.53Mb) to learn about work underway, upcoming work, traffic changes, as well as environmental and heritage initiatives that will be delivered as part of the project.

We will soon be launching an online interactive project portal. The portal will feature an interactive map showing the project design, before and after images, animation videos, work activity and much more. We will regularly update the portal during construction.

To subscribe to receive project updates via email, including an alert for when the portal launches, please send your name and email to RP2JCommunity@fultonhogan.com.au.

Fulton Hogan is continuing early works within the project alignment, and on surrounding local roads.

Daytime work will be carried out Monday to Friday between 7am and 6pm and Saturday between 8am to 5pm.

Some night work will be required for the safety of workers and road users, and to minimise traffic delays to the network. Night work will be carried out Sunday to Thursday between 8pm and 5am until mid-December.

For more information about what the early work involves please view the Ocotber 2022 project notification.

The Rankin Park to Jesmond project is the fifth section of the Bypass.

A shared path bridge over Newcastle Road was completed in early 2021 as early work on the project. The next stage of early work started in February 2021, with the demolition and site clearing of a number of Transport for NSW owned properties on Lookout Road, New Lambton Heights.

Relocation of major utilities and preliminary road work on Lookout Road and McCaffrey Drive was completed in August 2022, which will help to accelerate work at the southern interchange when major work starts.

In July 2022, a design and construct contract was awarded to Fulton Hogan Construction Pty Ltd who will finalise the detailed design for the bypass and start major construction in late 2022.

When completed, motorists travelling north-south on the new section of bypass would avoid up to 11 sets of traffic lights along the existing route, which is expected to reduce travel times by up to 80 per cent during the morning and afternoon peaks.

Other key benefits include:

The project would involve building a 3.4 kilometre four-lane divided road including:

A concept design and Environmental Impact Statement (EIS) was developed to identify potential environmental, social and economic impact during construction and operation. The concept design was completed in March 2018. The Department of Planning and Environment placed the EIS on public exhibition between 16 November and 16 December 2016.

The Submissions and Preferred Infrastructure Report (SPIR) was prepared following public exhibition of the EIS to address all issues raised and provide responses. The SPIR was lodged with the Department of Planning & Environment on 28 June 2018.

The project received environmental approval from the Minister for Planning on 15 February 2019. More information is available in our Project Documents.

Transport for NSW submitted a modification proposal for the Rankin Park to Jesmond project which was displayed by the Department of Planning, Industry and Environment (DPIE) in June last year for feedback from the community, stakeholders and government agencies.

The proposal sought permission to use four additional compound sites identified outside the existing project area at Cardiff Heights, Kotara, Shortland and New Lambton. The additional compound sites were sought after a previously identified and approved site within the project area adjacent to John Hunter Hospital was significantly reduced in usable size.

The Department of Planning, Industry and Environment (DPIE) has approved the modification proposal to use three of the additional compound sites, with some new conditions.

In September 2022, Transport determined the additional sites on Peatties Road at Garden Suburb and Main Road/Marshall Street at Cardiff Heights will no longer be used for the project.

Following further consideration Transport and Fulton Hogan has selected a site for the project’s main offices and compound site. The site is located behind the Mater Hospital at Waratah on the old water reservoir site accessed via Platt Street.

The main compound site will be operating from November 2022 until completion of the project.

We will continue to keep the community and key stakeholders informed as work progresses for the Rankin Park to Jesmond bypass project. Major construction work is scheduled to start later in 2022 and the bypass is expected to open to traffic in 2025. 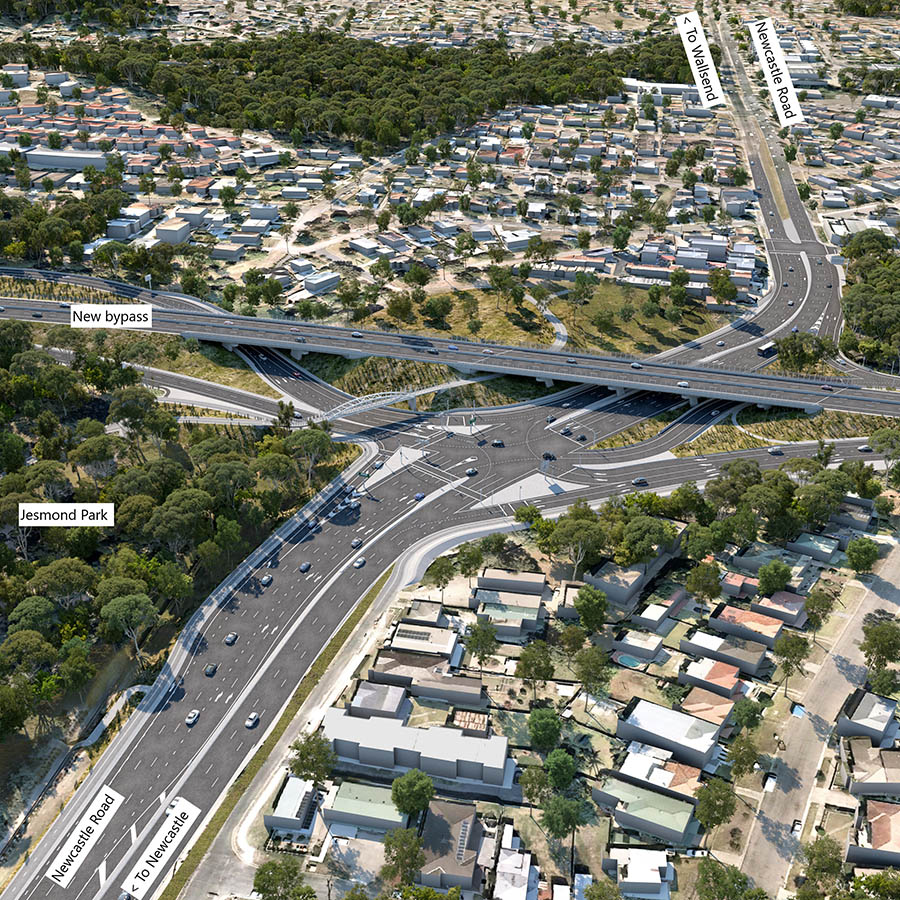 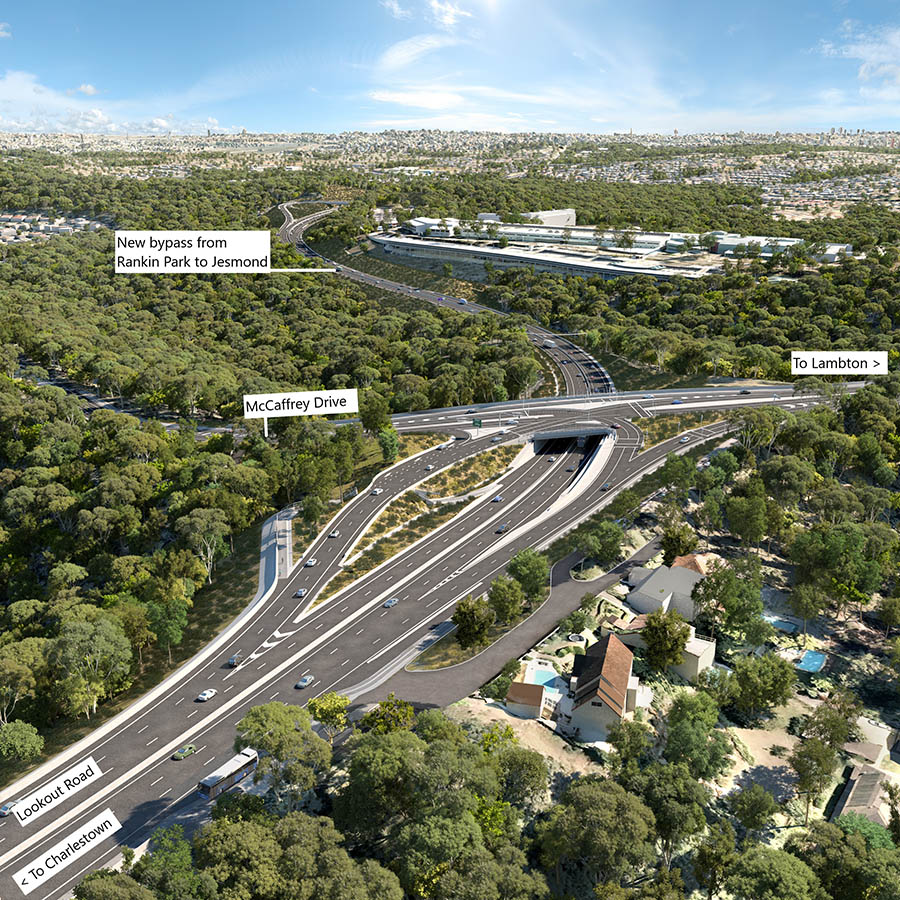 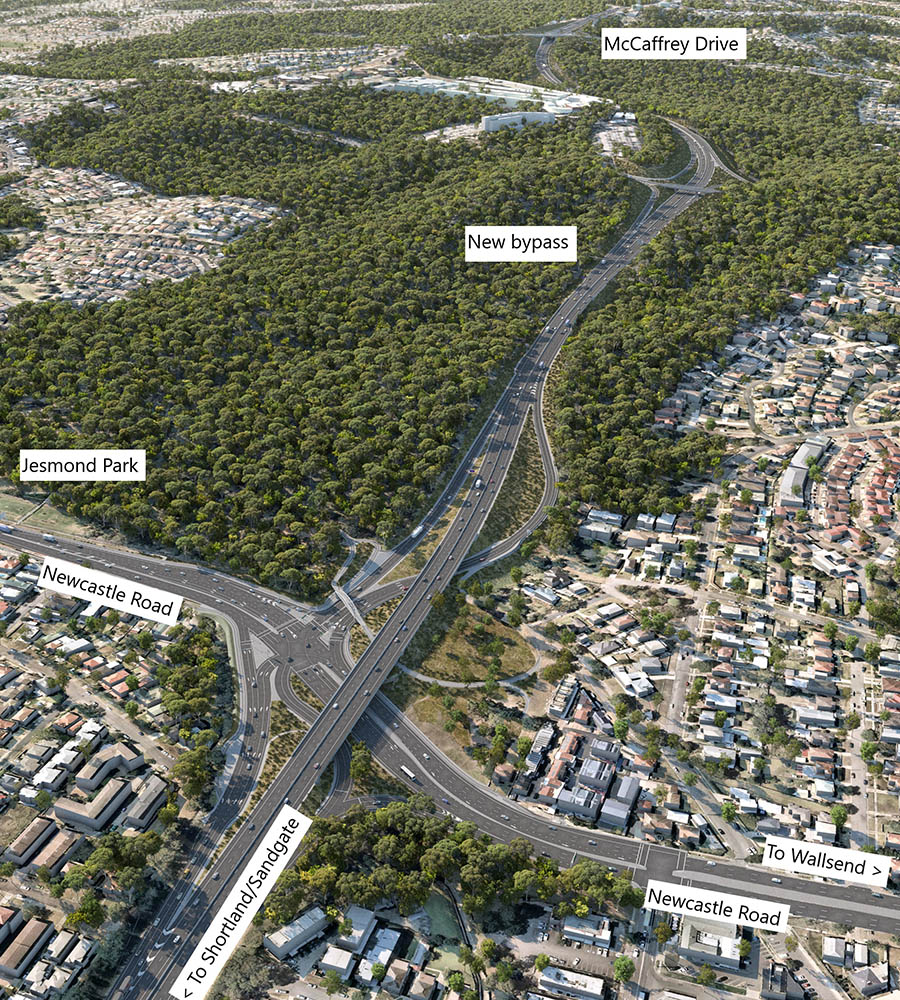