Mona Vale Road, serving the Northern Beaches and northern suburbs of Sydney, is a corridor of demand within the transport network.

The NSW Government is proposing to upgrade Mona Vale Road from two lanes to four lanes between Terrey Hills and Mona Vale. The upgrades are being planned in stages and are aimed at improving safety and traffic efficiency. The projects include:

Upgrade of 3.2 kilometres of Mona Vale Road from two lanes to four lanes between Manor Road, Ingleside and Foley Street, Mona Vale. The NSW Government has allocated $140m to complete the project, and Roads and Maritime has appointed Georgiou Group to construct the road upgrade.

Upgrade of 3.4 kilometres of Mona Vale Road from two lanes to four lanes between McCarrs Creek Road, Terrey Hills and Powder Works Road, Ingleside. Roads and Maritime has published a Submissions Report to respond to all feedback received during the display of the Review of Environmental Factors (REF) and the Species Impact Statement (SIS) in February and March 2017. The project was assessed by the Office of Environment and Heritage Project concurrence was received in November 2017. The detailed design will now be completed. 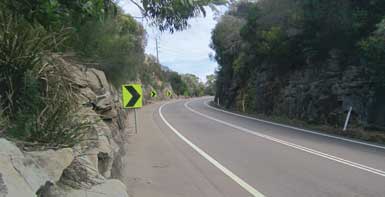 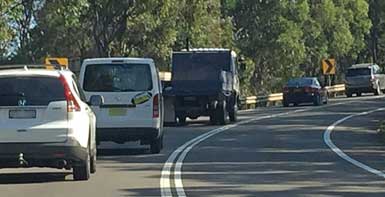 In 2009, Roads and Maritime prepared a corridor strategy for the area from Mona Vale to Macquarie Park. The strategy identified short and long term priorities for Mona Vale Road, including the East and West upgrades.

On Tuesday 1 October 2013, a fatal tanker crash occurred on Mona Vale Road just east of the roundabout at Ponderosa Parade/Samuel Street. The clean-up of this crash took more than 24 hours and resulted in total closure of Mona Vale Road in this location.

A combination of the community concern and the crash history in this area has resulted in Roads and Maritime elevating the priority of further road upgrades.

Initial work to improve safety on the approach to the Ponderosa Parade/Samuel Street roundabout was completed in early 2015. The work included new speed limit signs and improved line markings, signs on the steep descent and warning signs.