A brief history of the M4

The M4 Motorway is a 50km long motorway that opened in Sydney in the 1960's. It stretches from the suburb of Concord in the inner west to Lapstone in the Blue Mountains. Over the years, the M4 Motorway has become a popular route which connects a number of different industrial and commercial areas including; Homebush, Silverwater, Parramatta and Penrith in the west. During peak times, the motorway carries anywhere from 3,200 to 7,100 vehicles in either direction. Around 75% of trips completed are private vehicles but motorway usage also includes freight transport and bus services.

Due to increased development and traffic volumes across Western Sydney, the M4 Motorway often operates at capacity resulting in significant congestion. This traffic congestion was found to reduce safety, increase delays and travel times for drivers while also increasing vehicle emissions. In 2015 the State Government began preparing to implement smart motorway technology which could improve the overall reliability, safety and incident management on the M4 Motorway. 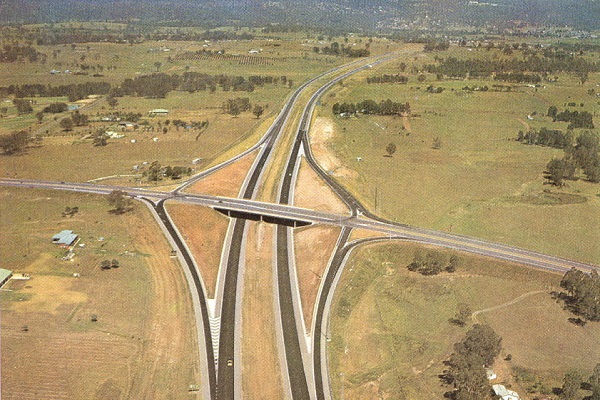 Aerial view of the completed interchange with
The Northern Road (then Bringelly Road) in 1971. Scanned from Main Road Journal.

Looking west on the Great Western Highway at Prospect,
showing the former left turn lanes to the westbound freeway.

The M4SM project is an upgrade to the motorway along the main section of the M4 Motorway from Parramatta to Penrith. It involves installing new structures and technology which will work together to create a smoother, safer and more consistent travelling experience for motorists. The M4 Smart Motorway will be the first smart motorway in NSW.

Smart Motorways, also known as Managed Motorways, uses complementary technology to monitor traffic conditions, manage congestion and respond to incidents in real time. For more detailed information on how the system works check out the features and benefits page. 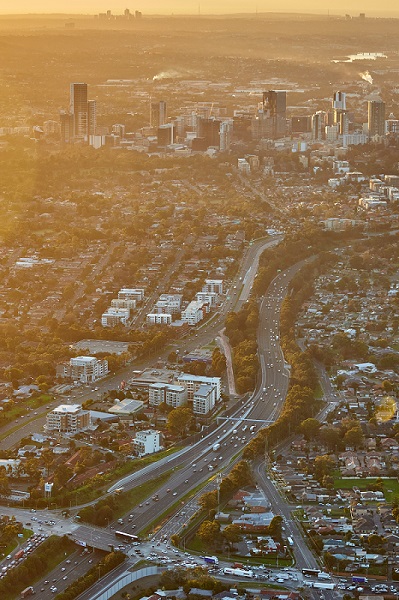 Construction work in the M4 Motorway was undertaken across three main stages and began in 2017.

As of May 2020, all major construction on the M4 Smart Motorway has been completed. A phased trial of equipment and technology will take place before a full opening in late 2020.