Transport for NSW has upgraded the M1 Pacific Motorway at the Weakleys Drive and John Renshaw Drive intersection at Beresfield. The new traffic lights improve traffic flow, travel times and safety for motorists.

This project was one of three M1 Upgrades providing a better and more reliable journey on one of Australia’s busiest roads.

The upgrade was completed in March 2019. We thank you for your support during the M1 Upgrades.

The M1 Pacific Motorway is an important link for motorists travelling between Sydney and Brisbane, which is one of the busiest transport routes in Australia.

The Weakleys Drive and John Renshaw Drive intersection is the critical connection between the M1, Pacific Highway, New England Highway and local industrial and business areas. The two lane roundabout was used by about 4000 vehicles per hour in peak periods and was no longer effectively catering for the level of demand.

This project is part of the M1 Upgrades, which also included upgrading the M1 between the Tuggerah and Doyalson interchanges and between the Kariong and Somersby interchanges. The M1 Upgrades make up the $391.6 million M1 Productivity Package funded by the Australian and NSW governments to improve traffic flow and safety on the M1.

Key benefits of the upgrade include: 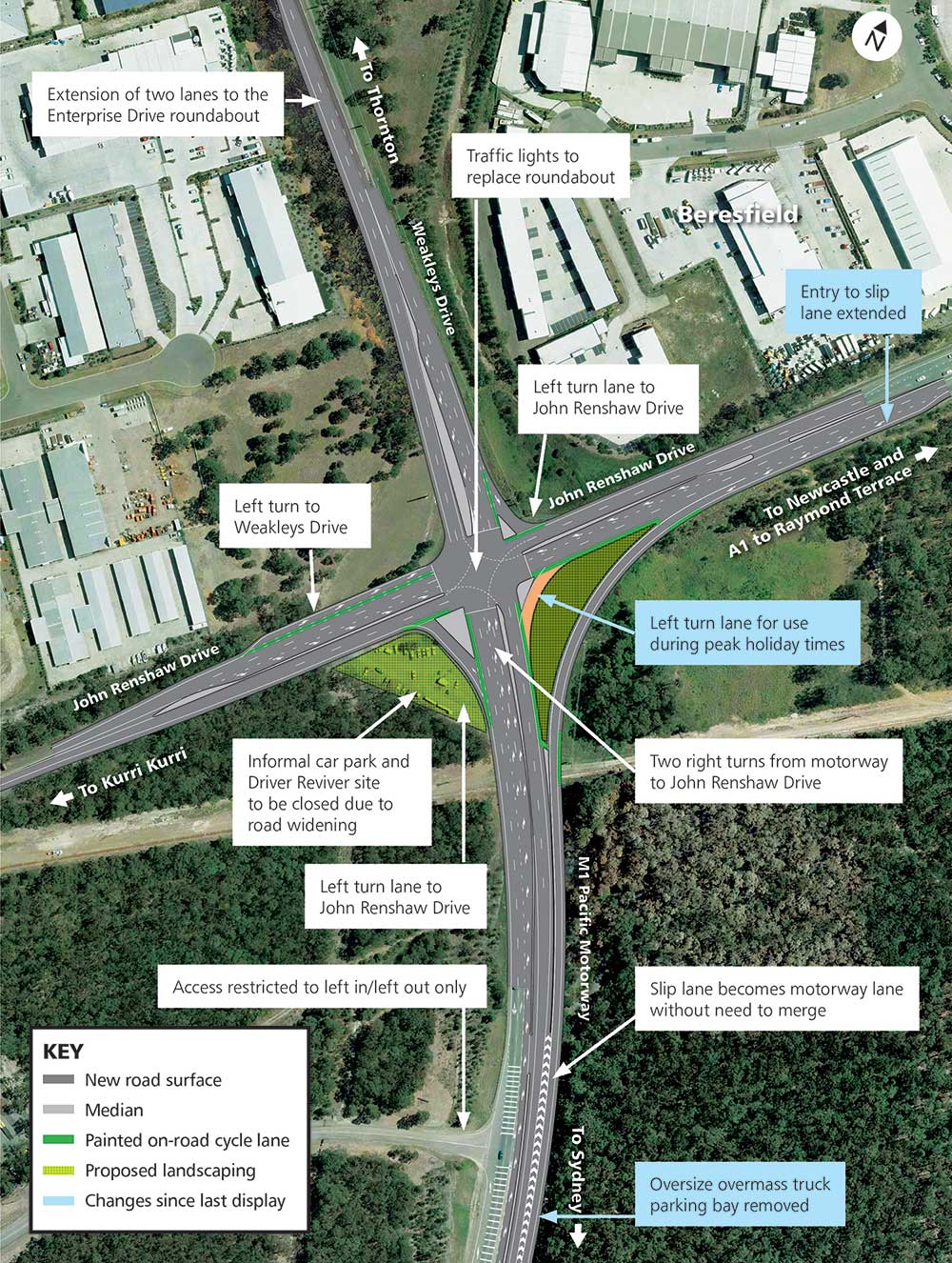 For further information about the M1 Upgrades contact the project team: