The NSW Government funded this upgrade of the intersection of Kingsway and Elouera Road, Cronulla, as part of its $100 million Congestion and Safety Program. The program aims to ease congestion and improve journey reliability on Sydney’s key road corridors.

These changes were designed to reduce congestion and delays on Elouera Road.

The work also delivered a dedicated cycle lane through the intersection, linking to existing cycle routes on Elouera Road and Gerrale Street. 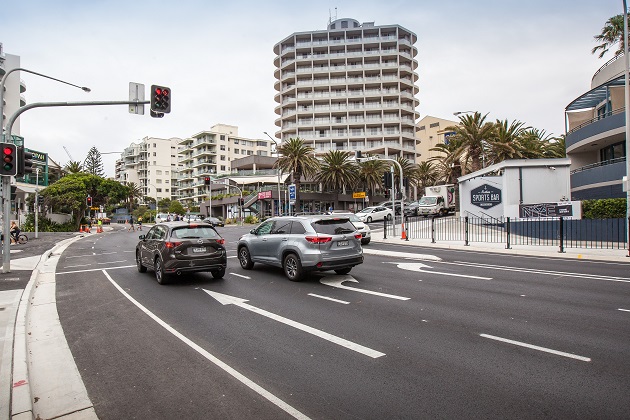 Elouera Road was widened on the approach to its intersection with Kingsway, which added a new right‑turn‑only lane. Around seven extra cars can now fit in the new lane, which increases capacity at this intersection.

The new configuration helps reduce congestion for both turning traffic and though traffic onto Gerrale Street.

The widening also allowed us to establish a dedicated cycle-lane through the intersection, which will link Sutherland Shire Council’s existing cycle routes on Elouera Road and Gerrale Street. 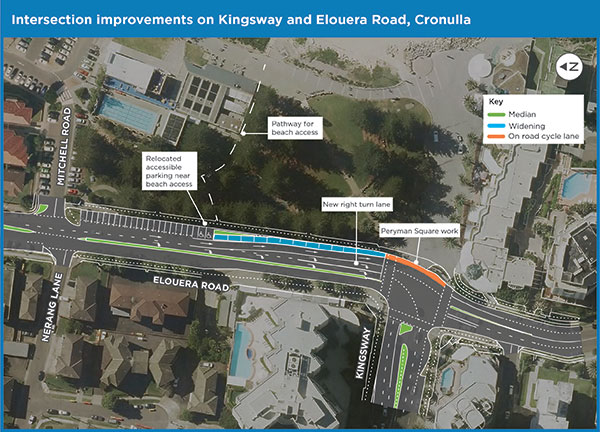 If you have any questions, please contact our Project Manager, Jimi Edwards, during business hours.