The NSW Government is planning to upgrade Henry Lawson Drive to reduce congestion and improve safety and connectivity. The upgrade is being carried out in stages to minimise impact to road users and the surrounding community. The Henry Lawson Drive Upgrade Program includes the Georges Hall Upgrade between Beale Street and Rabaul Road, Georges Hall, Stage 1A between Tower Road, Bankstown Aerodrome and Auld Avenue, Milperra, and Stage 1B between Auld Avenue and the M5 Motorway, Milperra.

Stage 1B would provide more capacity for vehicles travelling through Henry Lawson Drive between Milperra Road/ Newbridge Road and the M5 Motorway. It would improve efficiency along the corridor and safety for motorists and pedestrians. 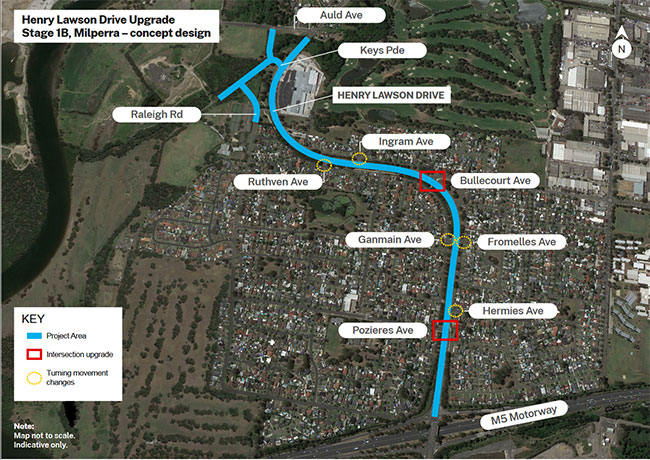 The investigations along the Stage 1B project corridor started in May 2022 and is expected to finish in October 2022. Consultation with the community on the project concept design is expected to start by the end of 2022.

Keeping you up to date

If you would like to sign up to receive email updates about the project, please call 1800 684 490 or email henrylawsondrive@transport.nsw.gov.au