Beneath the streets - Archaeological discoveries on Parramatta intersection upgrade

Beneath the streets - Archaeological discoveries on Parramatta intersection upgrade

In May 2020, contractors working to upgrade the intersection of Great Western Highway and Church Street, Parramatta, uncovered the sandstone remains of a former residence.

The contractors, who were working with Transport for NSW to widen Church Street on its approach to the intersection, also uncovered evidence of historic road construction, including a sandstone box drain. These archaeological remains help tell the story about how the historical residents of Parramatta lived and worked in the 19th Century. 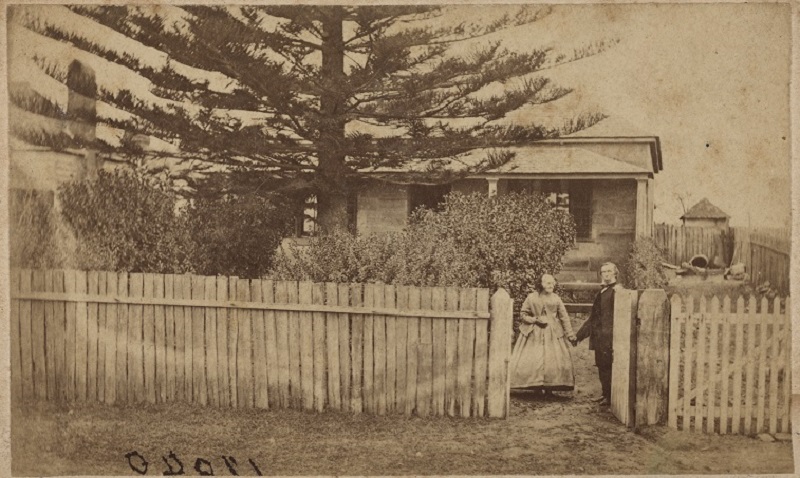 Mr and Mrs Ralph Mood in front of their home on Church Street in Parramatta North, in September 1870. The Mood home is a good example of houses on Church Street in the 19th century (image courtesy of Caroline Simpson Library & Research Collection, Sydney Living Museums)

The contractor, Ward Civil, and its archaeologists from Artefact Heritage, put a week-long stop to the upgrade while it excavated the finds. They carefully removed soil and mud using shovels and trowels, examining each layer of soil for artefacts while gradually exposing the remains of the historic home. After exhaustively recording and photographing the remains, they were carefully removed and stored. 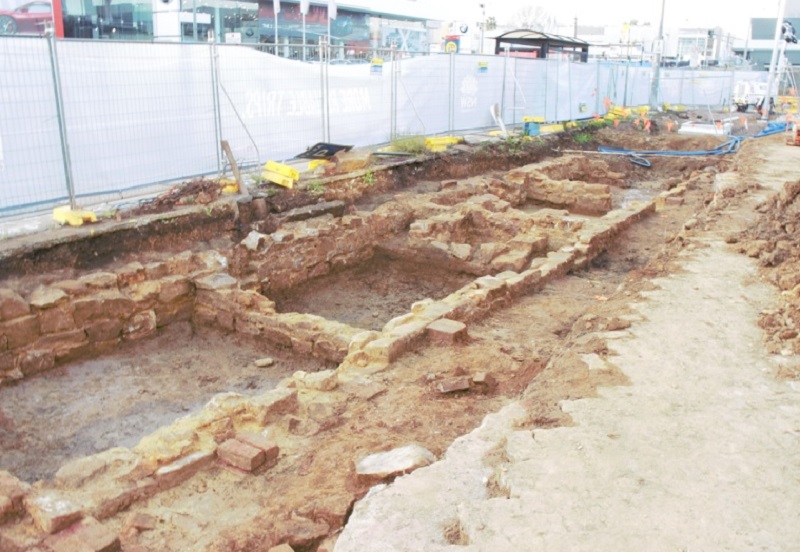 A house on Church Street

The most substantial finds were the sandstone remains of a residence on the corner of Church and Early streets. The layout of the former house was visible through footings; historic foundations that are often left behind after a structure is demolished. Archaeologists found four different rooms, with a distinctive rectangular double-fireplace separating two of the rooms. The residence appears to be an early form of semi-detached house, which may have accommodated two families. Research into historic plans of Parramatta reveals that a semi-detached structure was present on the spot by 1895. Maps from the time show a structure with verandahs, outbuildings and a well, all common features in 19th century Australian homes. 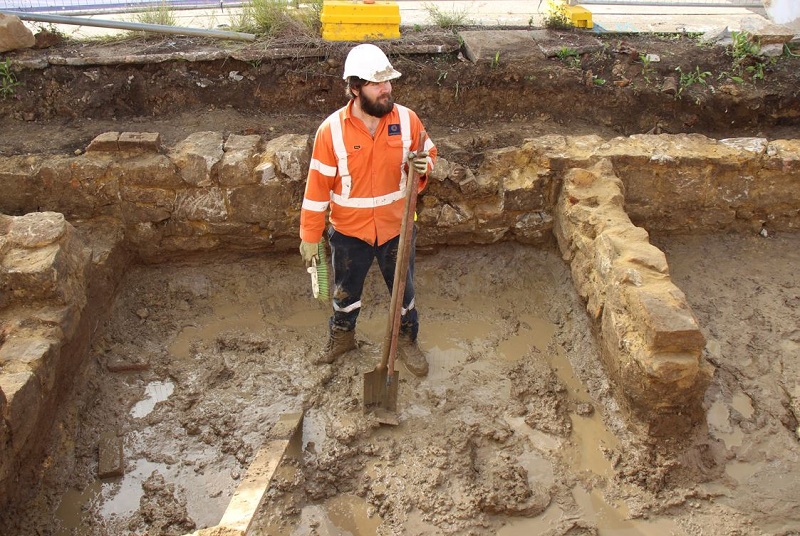 However, the house may have been even older; historical records of early residents show the Church Street address was occupied as early as 1884.

The 1880s was a time of economic expansion for Parramatta. A rise in suburban development saw new workers and families arrive to settle in the growing town. Formerly part of the Sydney Road, Church Street was one of the main connections between Parramatta and Sydney, with constant traffic between the two settlements. Church Street, as it was named in 1895, was widened several times in the 19th and 20th centuries and asphalted in 1936.

A brick and cement extension on the northern side of the residence indicates the changes in housing materials in Parramatta over time. Archaeologists analysed the layout and types of material and found the extension was made from dry-pressed bricks, which were not produced until 1892. The families who lived in the residence may have extended their house after a financial windfall, the arrival of a new family member or a need for more space. 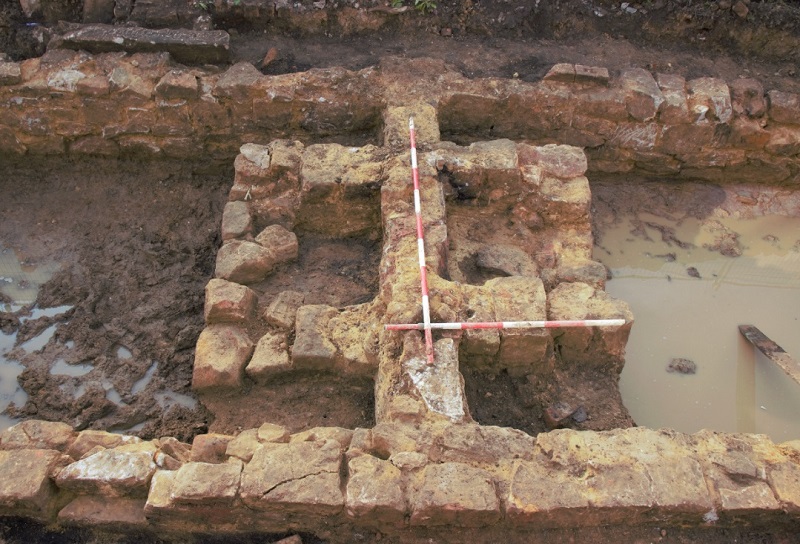 Archaeologists used historical maps, aerial photographs and artefacts found inside the former residence to determine how long the house stood on Church Street. The main artefact, a 1916 penny, was discovered within the fireplace structure, indicating the house was still occupied during the First World War. The residence appears to have been demolished prior to the Second World War, as aerial photographs of Church Street from 1943 show a new structure had been erected in its place.

Archaeological finds during the intersection upgrade included a sandstone box drain on the south side of Early Street; a good example of drainage in 19th century Parramatta. Sandstone was a common material used in 19th century water management, though sections of the drain subsequently had been replaced with concrete or showed signs of repair. Box drains, named for their distinctive shape, were useful in draining stormwater or overflow from local creeks away from roadways and houses. 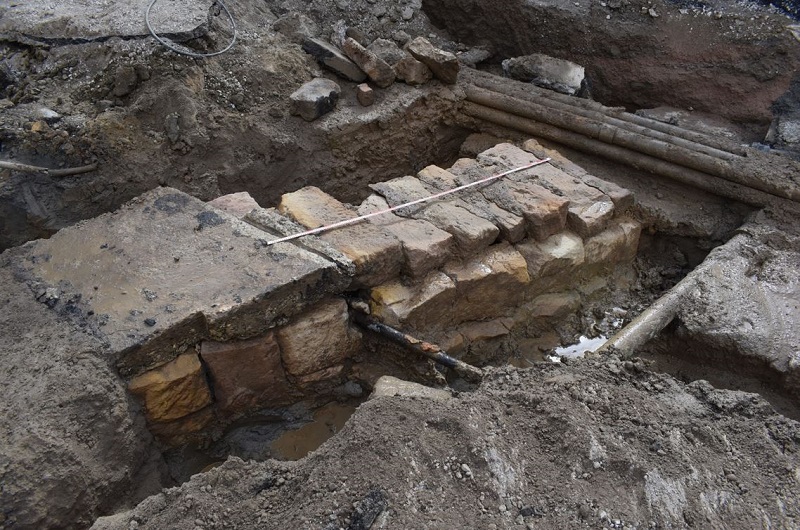 Archaeologists also uncovered sandstone blocks that showed Church Street's alignment before it was widened in or around the 1930s and 1940s. Analysis of the blocks' structure and layout indicated the road had been built using the 'Telford method', a mid-19th century construction pattern featuring small then large interlocking stones. The Telford method was named after Thomas Telford, a Scottish-born engineer well-known for designing durable roads.

Transport for NSW, Ward Civil and Artefact Heritage are proud to reveal another aspect of Parramatta's rich history, discovering new stories while facilitating better transport outcomes for the future.