Transport for NSW has built a new bridge over the Wakool River on the Noorong Road, also known as the Swan Hill to Deniliquin Road, 37 kilometres east of Swan Hill. The $23 million project is part of the NSW Government’s Bridges for the Bush program, which aims to improve freight productivity in regional areas.

MAY 2021Passing the baton to keep local history

Salvaged parts of the historic Gee Gee Bridge have been donated to the community to keep history local.

“We are very aware of the historic value of the bridge and we felt it was only fitting to use some of the beams in our new tourist attraction, which will conserve and showcase objects and buildings that have historical significance in the local area,” Mr Harris said.

“We are the oldest town in the Riverina and we really should be trying to preserve pieces of our history for future generations – so to be able to use part of the old bridge as a functioning part of our Heritage Village is really special.”

It's lift off for the final stage of the Gee Gee Bridge project as the old bridge truss is lifted and piers are removed this month.

The final major task will involve the use of two cranes on either side of the Wakool River, that will lift the old truss and gently place it on a truck where it will be driven to a nearby site for dismantling.

Motorists are advised the new Gee Gee Bridge will be closed to traffic on the day of the bridge lift, from 7am to 7pm on Wednesday 10 February.

Motorists are asked to plan ahead and may use Moulamein Road and Swan Hill Road as an alternative route on the day, allowing an extra 30 minutes' travel time.

The old bridge removal has required a measured and methodical approach to ensure the 90-year-old components are removed from site without causing any damage to waterways and the local environment.

Following the bridge lift, specialised divers will assist in the careful removal of the piers from the Wakool River. The project and demobilisation is anticipated to be complete in June 2021.

Time-lapse footage will capture the bridge’s deconstruction and will be shared on this project page when complete.

A heritage interpretation feature will be installed at the site of the old bridge at the end of the project.

Work started on the removal of the old bridge and flood relief bridge on Monday 31 August 2020.

Work is progressing from 7am to 6pm weekdays and 8am to 1pm Saturdays and is expected to be completed towards the end of 2020, weather permitting.

During the removal of the bridges, access to Murray Valley National Park via Chilvers Lane will be temporarily closed to ensure public and worker safety.

Reduced speed limits may be in place during work hours and may affect travel times.

MAY 2020New bridge opens to traffic ahead of schedule

The new Gee Gee Bridge has opened to traffic two months ahead of schedule.

Work on the structure, which is now owned by Murray River Council, was expected to be completed in mid-2020.

Motorists can no longer access the old Gee Gee Bridge. The old bridge is anticipated to be demolished in the latter half of this year.

An interpretation board marking the original timber truss structure’s significance to the local community is due to be installed in 2021.

The new bridge opened to traffic in April 2020, when the new structure was formally handed over to Murray River Council.

The work was carried out by Nelmac Pty Ltd, of Yackandandah.

The old bridge was demolished between September 2020 and February 2021

A review of environmental factors (REF) was displayed in Moulamein, Barham and Murray Downs between 17 July and 14 August 2017. Please view or download the REF report and appendices from the project documents section below.

No submissions were received to the REF, which assessed the likely impacts of the proposal on the environmental and detailed the protective measures to be implemented.

A photographic archival recording was carried out to preserve images of the old Gee Gee Bridge that played a significant role in the expansion of the NSW road network and state economy over the last century.

Photographic archival recordings capture heritage structures through a detailed report, including original specifications and a catalogue of photos, so future generations can have a glimpse of the past.

While the old bridge couldn’t keep up with modern day transport needs, we have ensured it will be remembered. Copies of the photographic archival recording are available from Heritage NSW and Murray River Council library.

The old Gee Gee Bridge was built in 1929. It was a Dare type timber truss bridge and is listed on the State Heritage Register. The bridge had a single traffic lane and vehicles give way to oncoming traffic.

The bridge was identified for replacement under the Timber Truss Bridge Strategy, which was endorsed by the Heritage Council of NSW in August 2012.

Key features of the project included:

The old Gee Gee Bridge and flood relief bridge restricted traffic because they did not meet current road design standards. 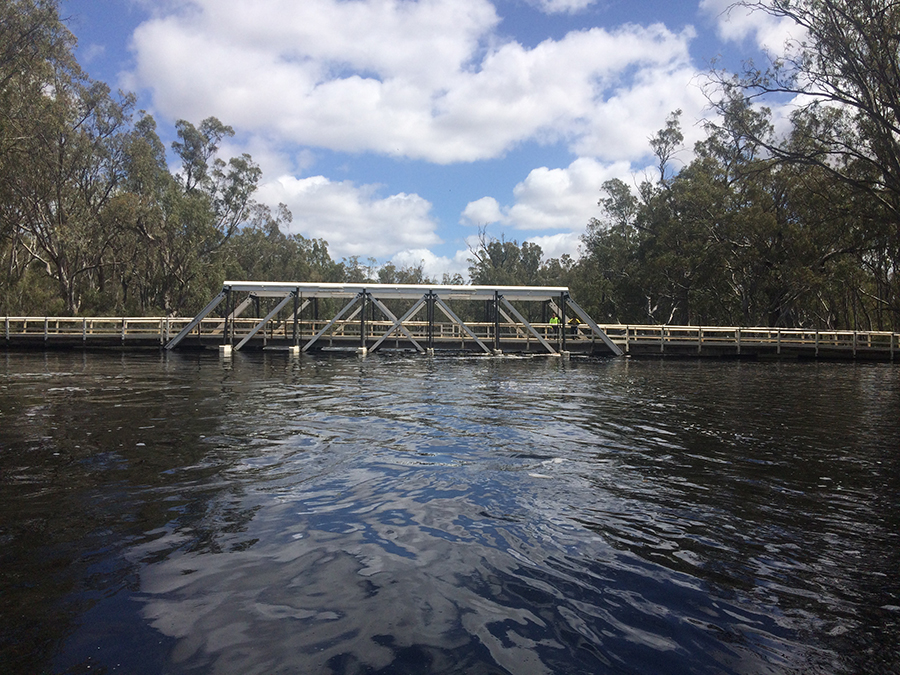 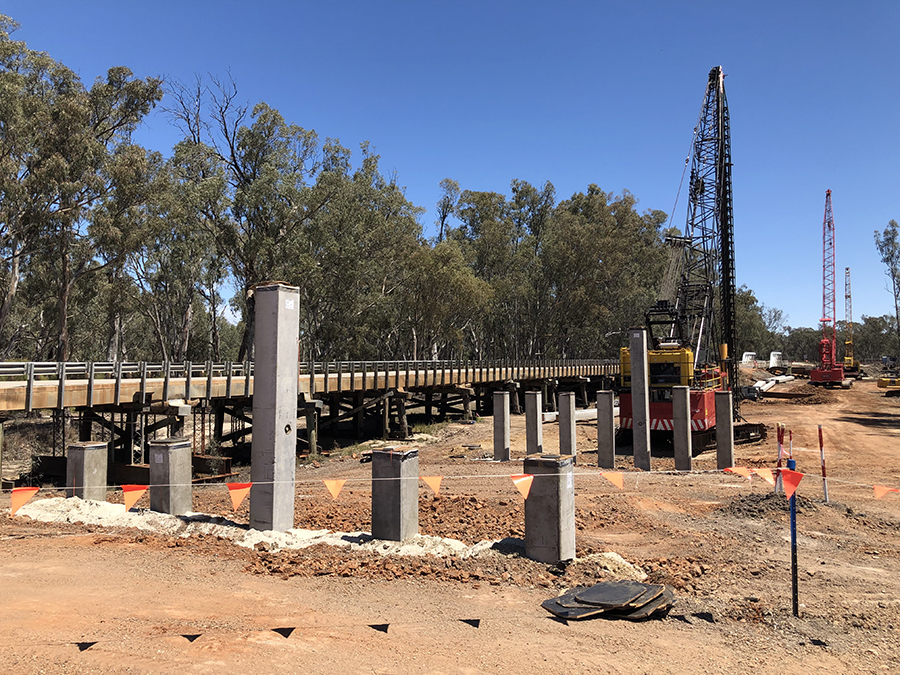 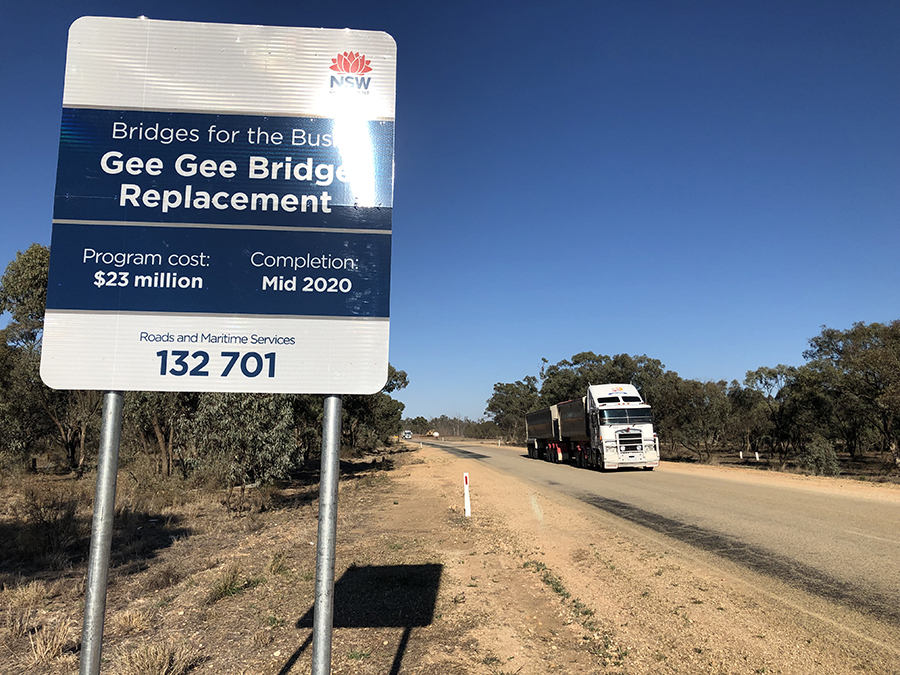 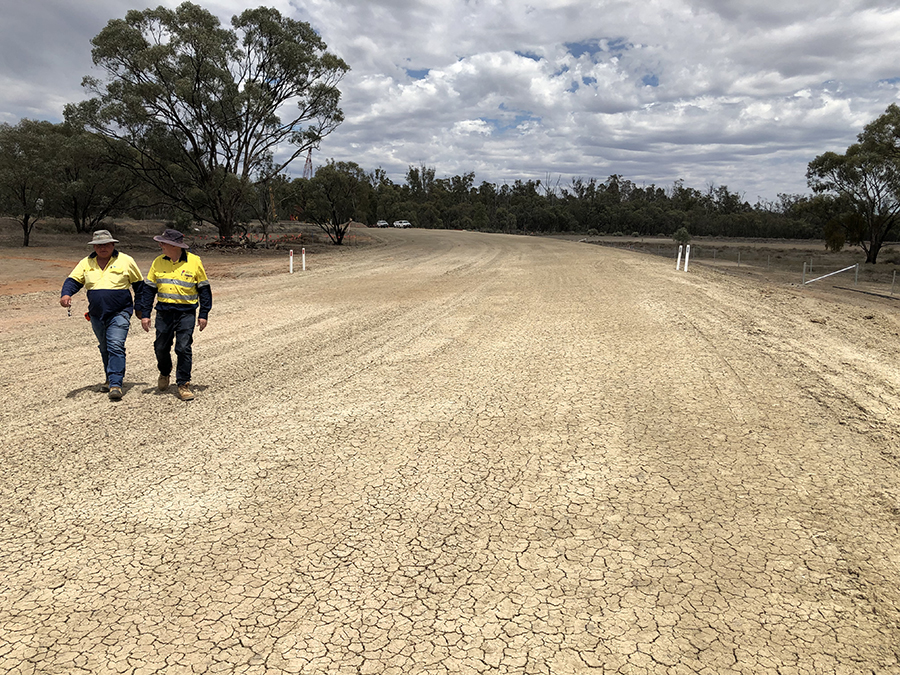 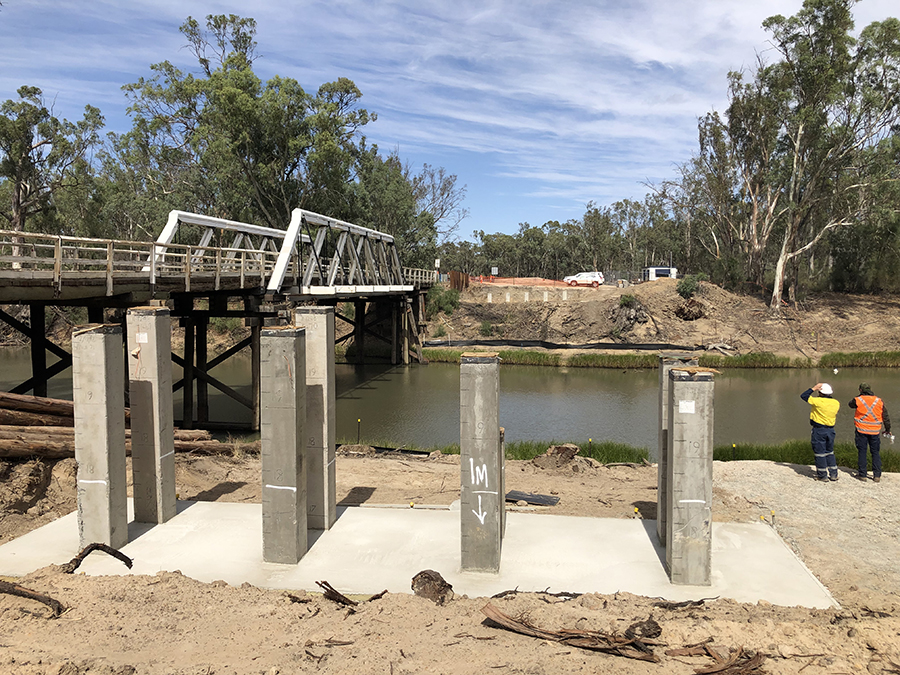 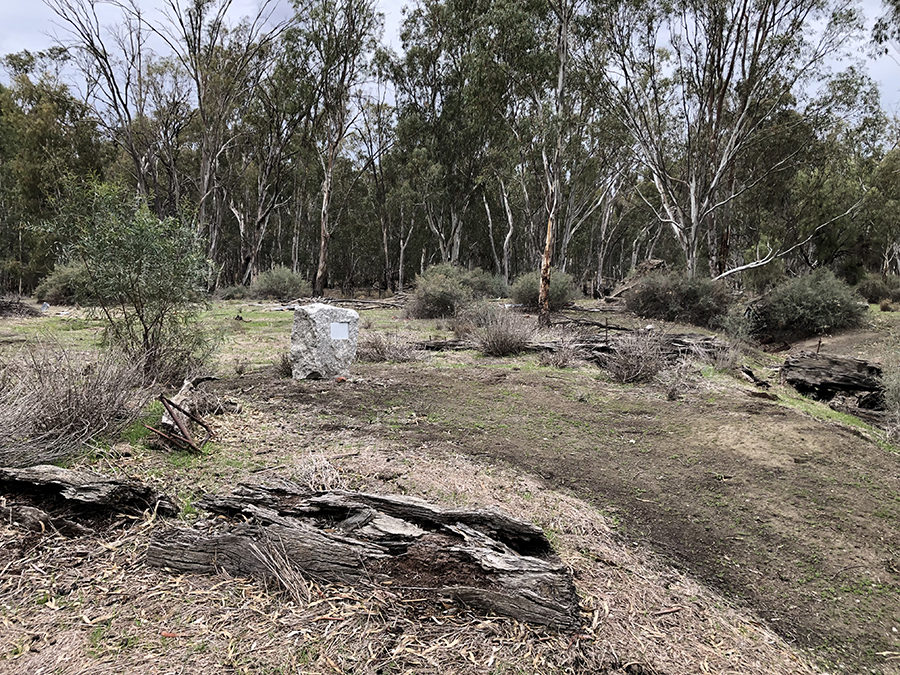 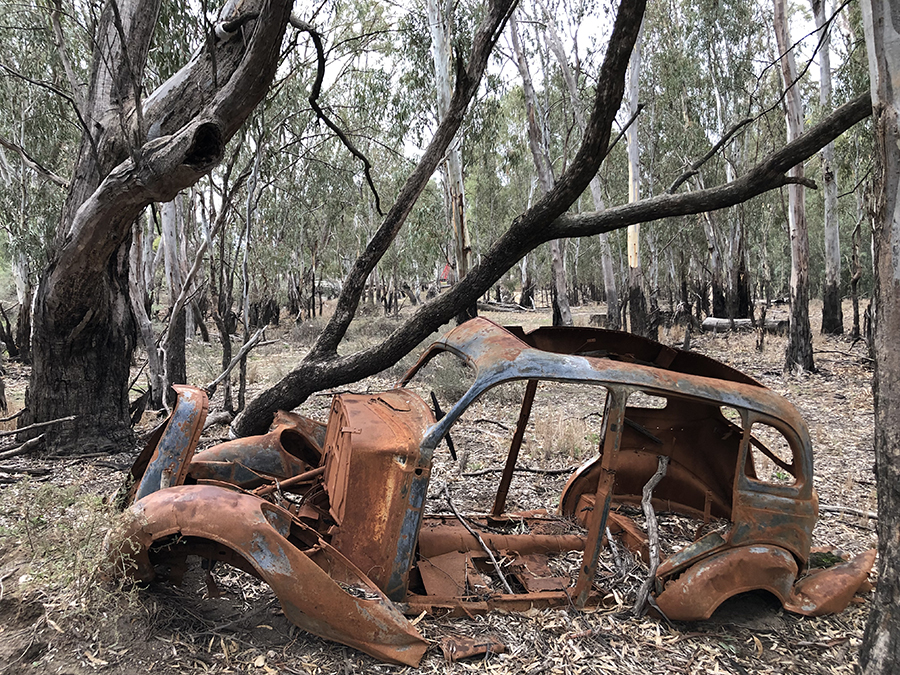 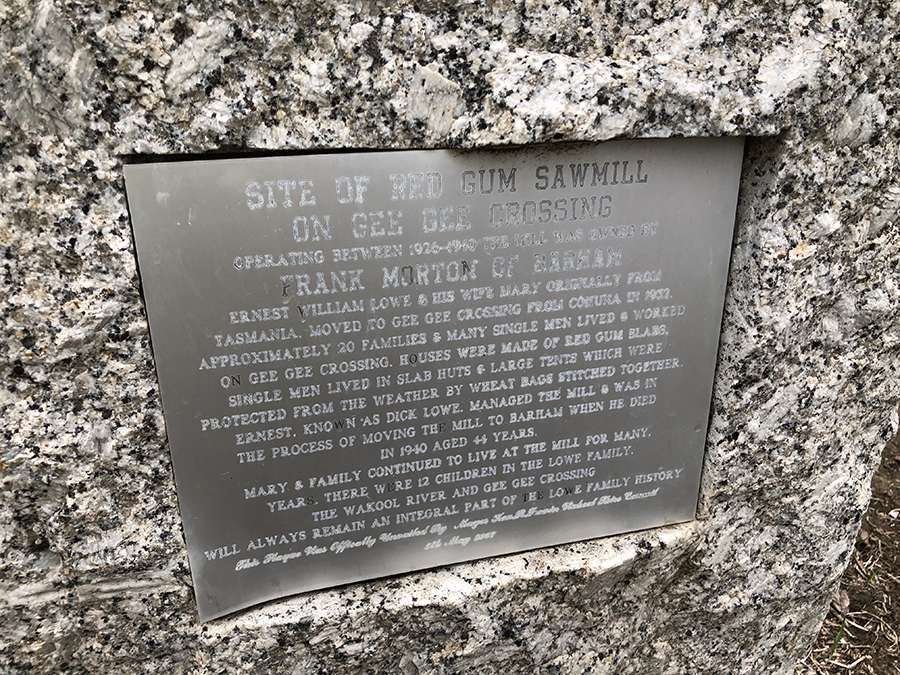 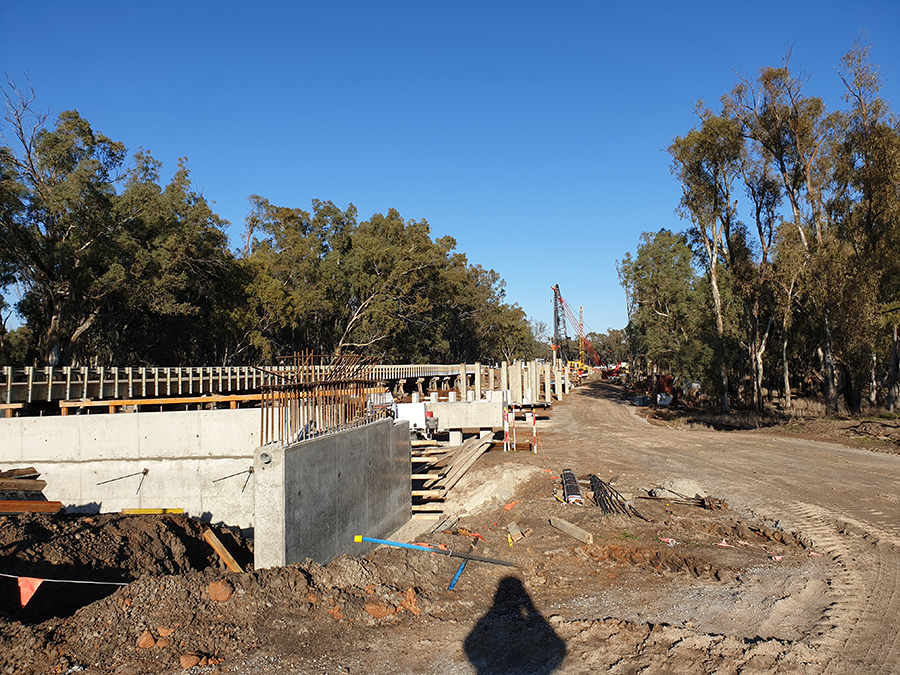 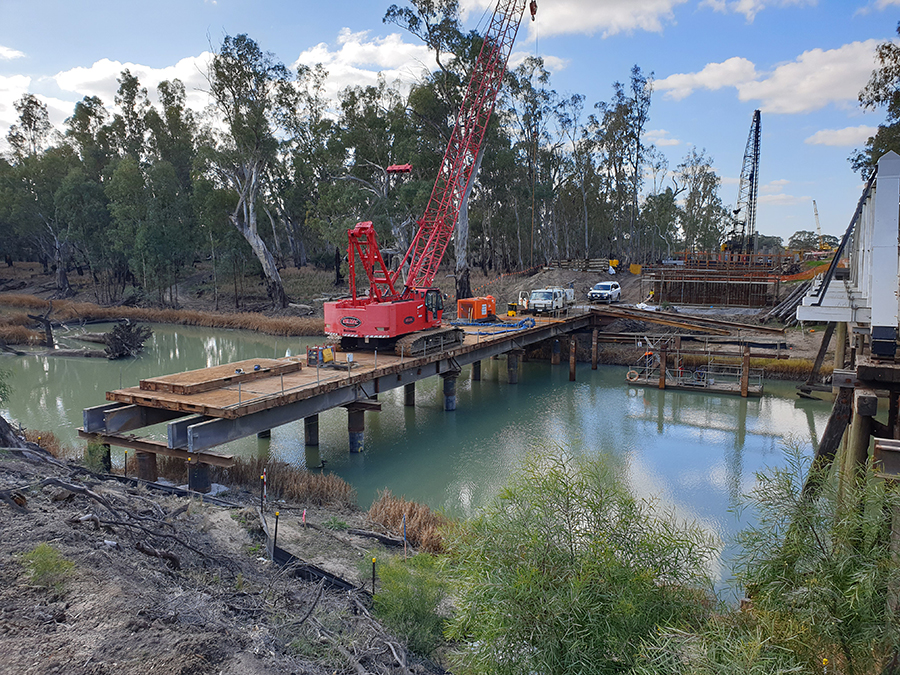 For more information about this project please contact the Project Manager Brendan Maher: