To ensure the transport network continues to meet the needs of the growing population, we have designed a proposal to help ease congestion and create more reliable journeys through Bulli while ensuring the look and feel of the township is maintained.

The proposal for Bulli includes:

The proposed extended clearways will operate from:

The extended clearways at Bulli would coordinate with other clearways on the Princes Highway, improving travel times for public transport, private vehicles and freight.

The proposal would increase the car parking spaces by about 20, to a total of over 140 spaces on Station Street, Railway Street, Park Road and the Princes Highway. This will offset the parking spaces lost during peak hour clearways.

Existing taxi zone spaces and the two existing disabled spaces at the Station Street carpark would be retained.

3. Prohibiting the right turn in and out of Station Street

A new right turn signal would be introduced at the traffic lights on the Princes Highway at Park Road. This would improve safety and reduce congestion at this intersection by providing road users with a dedicated right turn arrow. This would also accommodate the extra vehicles that would use the intersection after the right turn into Station Street is prohibited.

We would reconfigure the existing roundabout to allow two lanes of traffic from the Princes Highway southbound to turn left into Memorial Drive.

We would reconfigure the signalised intersections on the Princes Highway at Point Street and Grevillea Park Road to provide additional right turn lanes in addition to the two through lanes. 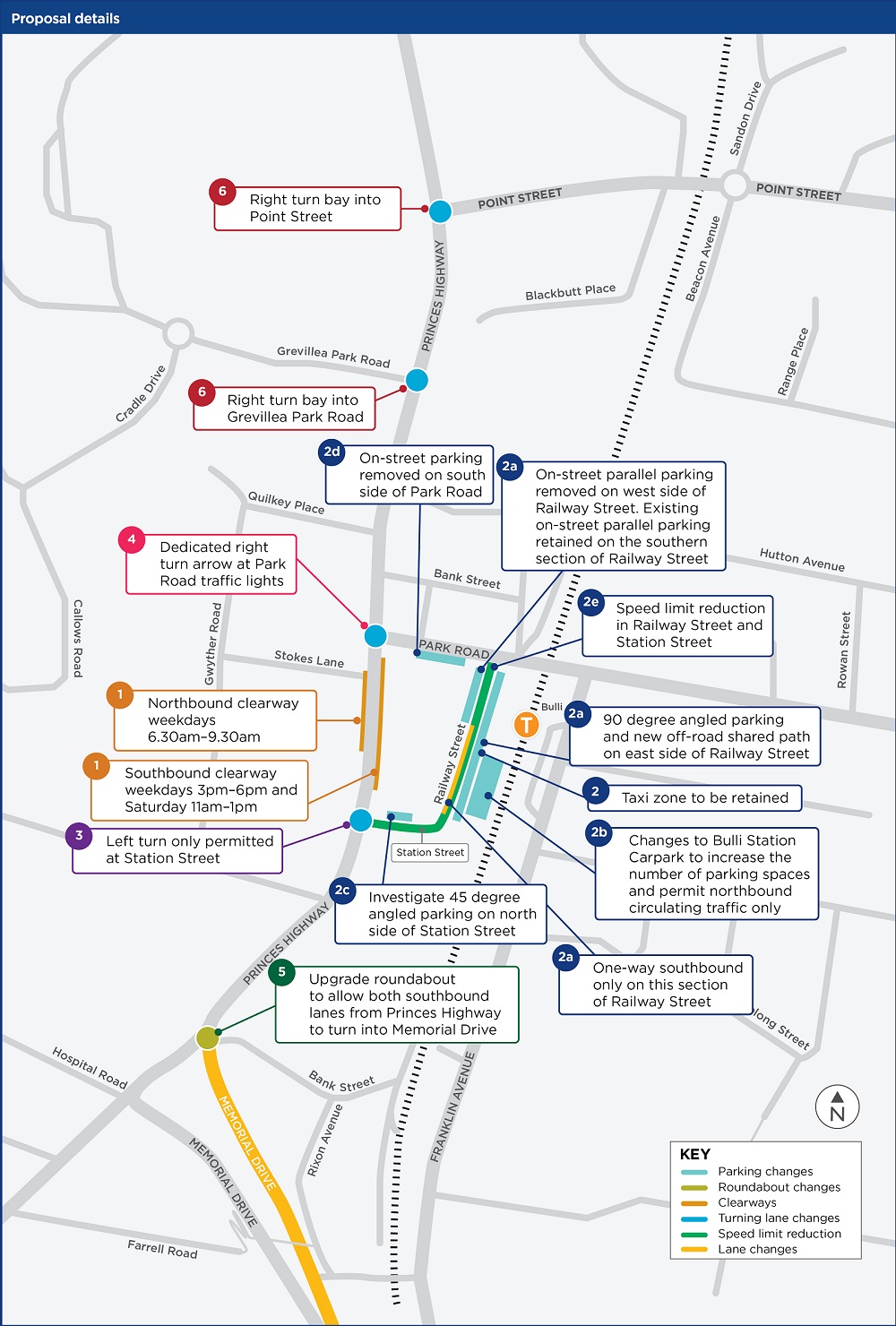