On Sunday 24 May, the cargo ship, APL England, lost what was thought to be 40 containers about 73 km off the NSW coast. The number of containers has since been upgraded to 50, including 24 empty containers.

We are investigating a sighting of another container 26 nautical miles east of Gerringong, with facemasks also spotted at the site.

Due to the developing east coast low we are not heading out onto the water. However we are monitoring reports and AMSA is conducting modelling to determine the likely location of the container, with expectations that it may wash ashore following the current inclement weather.

We are continuing to monitor key sections of the coast and respond to public reports of debris, and will continue monitoring for the next twelve months.

If you sight debris or containers, please call 13 12 36 (Option 2) or email incident@transport.nsw.gov.au

Mariners are encouraged to keep a good watch. 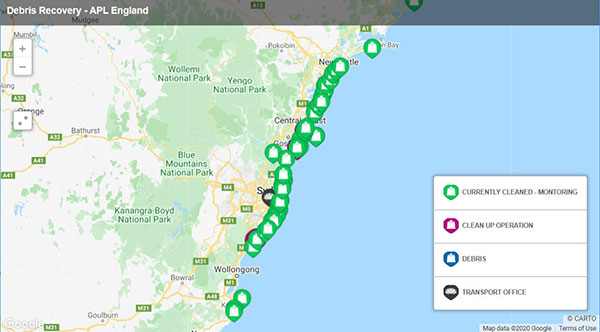 The map shows where debris has been reported, where effort is being expended and places which have already been cleaned. This map will be updated daily.

Just after 6.10am AEST on Sunday 24 May the ship, APL England, experienced a temporary loss of propulsion during heavy seas approx. 73 kilometres south east of Sydney.

At the time, the ship was on a journey from Ningbo, China to Melbourne, Australia.

During the power outage the ship reported that it was rolling heavily causing container stacks to collapse and a reported 40 containers to fall overboard in waters approx. 2km deep. This was later revised to 50 containers.

The Master of the APL England has reported that an additional 74 containers have been damaged and remain collapsed on the deck of the ship, while a further six containers are reported to be protruding from starboard side and three containers from the port side of the ship.

The ship has entered the port of Brisbane, where an investigation is underway by the relevant authorities.

The Australia Maritime Safety Authority (AMSA) has conducted fly-overs (the photo above is a screen shot from their system).

Transport for NSW Maritime is the combat agency for this incident and we are coordinating resources to clean up debris that is coming ashore. The public should not attempt to clean up or move any debris.

Reports of debris should be notified as soon as possible to incident@transport.nsw.gov.au or by phone to 13 12 36 (option 2). 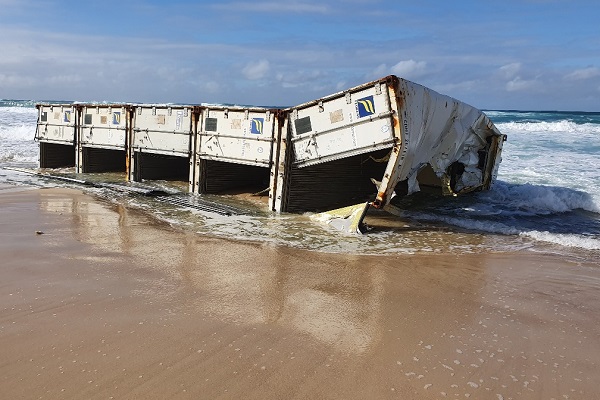 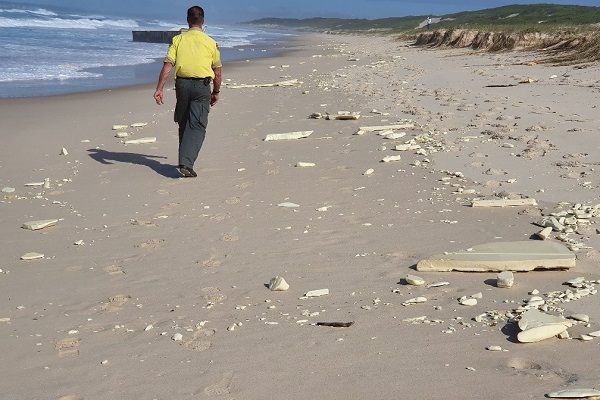 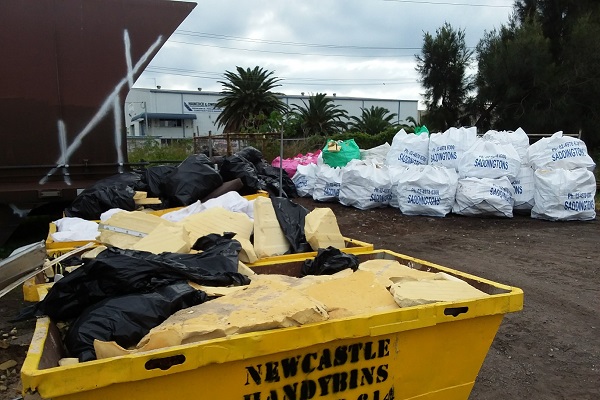 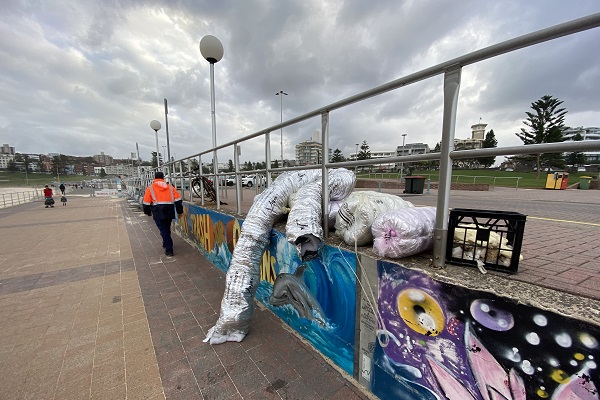 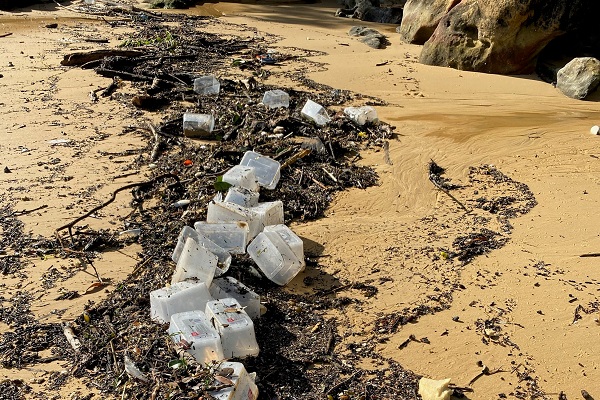 Foam washed up on Birdie Beach

Some of the debris collected

Plastic containers from the spill washed up on Store Beach