Email this article to a friend
How technology is catching up with speeding drivers.

Here’s a tip for people who hate having their picture taken: keep to the speed limit.

Speeding is a quick way to lose your L or P plate licence. There are now well over 100 fixed speed cameras on NSW roads: these are the cameras that are always in the same spot and automatically photograph all speeding vehicles.

The whereabouts of these cameras is no secret. Sites are clearly signposted and you can check out all the fixed speed camera locations on the Centre for Road Safety website.

The fixed speed cameras help to reduce excessive speeding and the number of fatal and serious injury crashes. The cameras are used 24 hours per day, 365 days per year which means the roads are safer for us all.

How do they work?

The cameras contain pretty impressive technology. When you drive past, detectors in the road (called piezoelectric detectors) trigger a speed-measuring device that works out how fast you’re travelling. If you’re speeding – smile and say cheese.

The cameras are able to monitor all lanes on a multi-lane road. So even if there are cars all around you, or if you’re ‘straddling’ the lanes, your car can be picked out of the pack and photographed.

On the Eastern Distributor in Sydney, for example, cameras in the tunnel monitor all four lanes at the same time – all day, every day.

The system is also tamper-proof. The digital photograph of a speeding vehicle is electronically recorded onto a disk that is then encrypted and can’t be overwritten or altered in any way.

The bottom line is, if you speed past a camera, you will get caught.

So how are camera locations worked out?

The sites are chosen carefully and cameras are installed along sections of road that are known as ‘blacklengths’ (places where there’s a demonstrated crash problem) as well as spots where it’s been measured that people speed.

They’re also very effective in tunnels, where a bad crash can cause difficulties for ambulances and other emergency vehicles.

Some people are always arguing that speed cameras are simply a money-making tool, but let’s face it – you don’t have to be Einstein to realise the cameras are coming up.

You get three signs in each direction as you approach the camera – and they all give you the speed limit.

What happens when you’re busted?

If you get caught, digital images are forwarded to Revenue NSW.

If you’ve committed an offence, Revenue NSW generates the infringement notice and sends it to the registered owner of the vehicle.

You can pay the fine or take the matter to court – the photos are kept and locked in a secure archive where they stay unless needed in court.

Well, the evidence shows that just a small increase in speed increases the chances of a crash that will kill or injure someone.

A study at Adelaide University showed that the risk doubles with each 5 km/h increase in speed above 60 km/h.

Not only are you risking your life and that of others, but if you’re speeding you also risk your wallet being a lot lighter. Check out the current speeding fines and demerit points.

Mobile speed cameras are now being used in NSW and can catch you speeding anywhere at any time. You can check out more details on the Centre for Road Safety website speed cameras page. 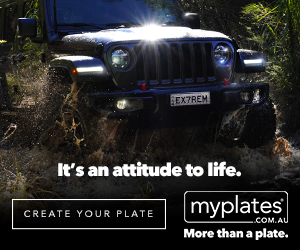